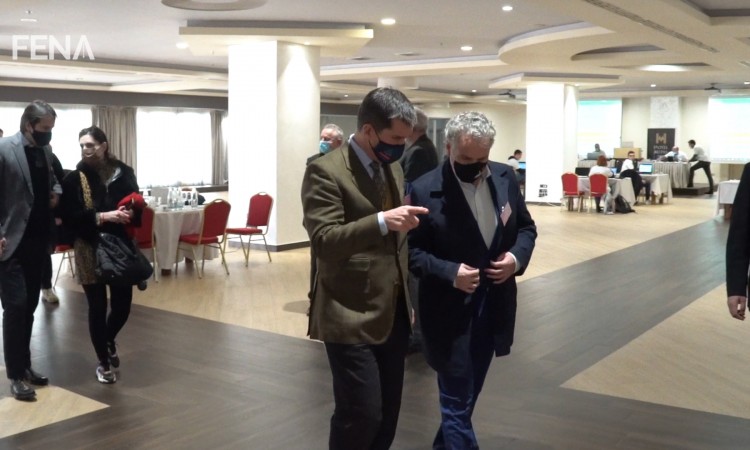 SARAJEVO, December 16 (FENA) – The EU Delegation/EU Special Representative in BiH and the US Embassy to BiH issued a Joint Statement on the discussions on constitutional and electoral reform on Wednesday evening.

When US and EU officials met with BiH political parties and civil society earlier this month to discuss electoral/constitutional reform, leaders agreed they would prepare in advance of the next round of discussions.

We have seen little progress since. Leaders have not done the work necessary to bring the BiH political system in line with EU regulations and court rulings. Apart from that, following the unacceptable further escalation by the RSNA on 10 December, the political crisis is deepening.

Renewed efforts to mediate now, before the end of the year, will, unfortunately, be futile. Such efforts will only bear fruit once the parties sincerely work with each other to find solutions.

We have heard commitments from the ruling coalition on constitutional and electoral reforms that can achieve parliamentary support.  Equally important in moving BiH forward are reforms to make elections more secure, trustworthy and to create a government in the Federation of BiH that functions. The time has come to live up to those commitments.

We urge the parties to back down from maximalist proposals, which are not supported by international and EU standards and lack support within parliament or society. Democracy is neither about perpetual stalemates to force through one’s demands nor about imposing the will of the majority. We also urge the RS representatives to fully return to the institutions.

The EU and the US have invested in a dialogue that recognizes the concerns and interests from all sides. This process is an opportunity to deal with discrimination, dysfunctionality and election fraud. Considering the political landscape and climate in BiH, we believe these reforms would be a major step forward. Parties know what is needed to take aim at the root causes of a chronic political crisis in BiH – corruption, lack of trust and low democratic standards. It’s up to them to step up and come to the table ready to take action. We, therefore, call on all sides to engage and contribute in this process in a meaningful way, in the interest of the people of Bosnia and Herzegovina, it is said in a joint statement.