Home BiH EUFOR and FUCZ in a joint mine clearance operation

EUFOR and FUCZ in a joint mine clearance operation 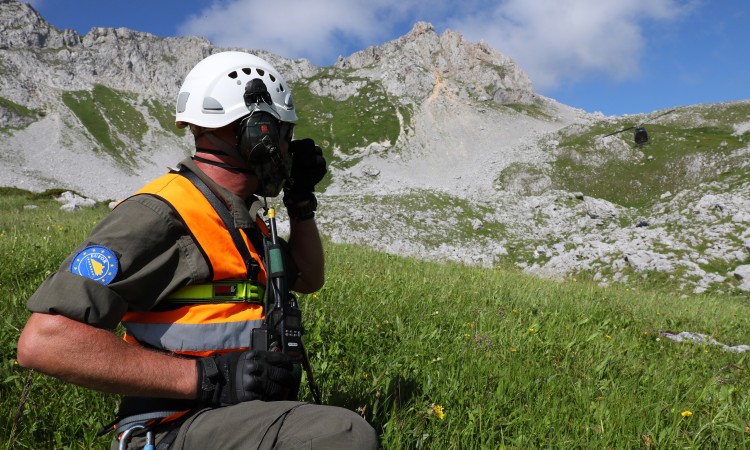 SARAJEVO, June 30 (FENA) – EUFOR mine clearance experts based at Camp Butmir joined up with a team from the FBiH Department of Civil Protection (FUCZ) to make safe some newly discovered devices.  The mines were discovered near a hiking trail in a remote part of the Pašina Mountain where access by vehicle is impossible.

EUFOR used one of its helicopters for the 8 minute flight to winch the teams in close enough so they could walk to the mined area and begin making it safe, EUFOR stated.

The FUCZ team are regular partners with EUFOR and are mine clearance experts in their own right.  Chief EUFOR demining and explosives expert Lieutenant Colonel Markus Haider said that EUFOR have worked with these teams many times.

The combined EUFOR BiH team used the knowledge of the hikers to pinpoint exactly where to begin the search and clearance operation.  Once the two mines were located, it didn’t take long for the explosives experts to identify the type of device and deal with the threat and remove the danger.  The FUCZ team used a controlled explosion to render the mines safe.

Head of Joint Military Affairs at EUFOR, Colonel Joerg Stopka said that using collective assets today to make this area safe is vital work and is a great example of close cooperation between EUFOR and BiH Agencies.