Home BiH Events that marked 2019 in Bosnia and Herzegovina

Events that marked 2019 in Bosnia and Herzegovina 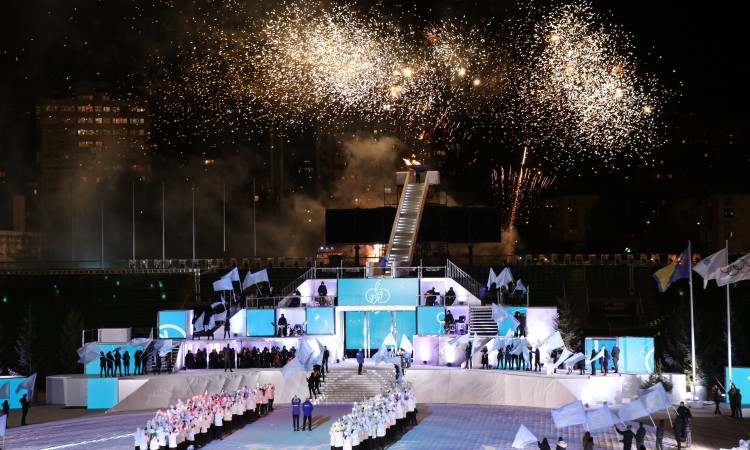 SARAJEVO, December 31 (FENA) – The entire 2019 was marked by the process of government formation at the state and Federation of BiH levels, with forming of the Council of Ministers of Bosnia and Herzegovina at the end of the year, while at the level of Federation of BiH this work is still not finished.

The general parliamentary elections were held back in October 2018, the year BiH was given the green light to activate the Membership Action Plan (MAP) in the North Atlantic Treaty Organization (NATO), provided it submits the Annual National Program (ANP) to the headquarters of that military-political alliance.

This document will cause numerous political disagreements over the next year, primarily because it was severely opposed by political representatives of the BiH entity Republika Srpska, calling for military neutrality, but also arguing that it would mean BiH’s commitment to NATO membership, they firmly reject it.

However, parties based in the Federation of Bosnia and Herzegovina have set sending of the ANP to Brussels as a condition for the formation of government at the state level. The compromise was reached in November when members of the BiH Presidency, with the mediation of international officials, decided that a day after the appointment of the chairman of the Council of Ministers, a document called the Reform Program would be sent to Brussels.

This year was also marked by mass migration. BiH continued to face this challenge after some 29,000 migrants passed through the country, mostly men between the ages of 18 and 40.

The reception centers were unable to respond the number, which resulted in forming the makeshift camp Vučjak in the Una-Sana Canton, and it was precisely this camp that was criticized by all international migration officials, urging BiH authorities to find a solution for people accommodated in that inhumane area.

The camp, whose images have toured around the world, was finally closed in December, and migrants were relocated to reception centers, although they had repeatedly announced that they would not give up on their intention of crossing the BiH border and going to European Union countries.

Authorities in the Federation of BiH paid special attention this year to pensioners and demobilized soldiers. After years of protest and dissatisfaction expressed by BiH veterans in the FBiH Parliament, the Law on War Veterans was adopted.

Bosnia and Herzegovina hosted the Annual Meeting of the Board of Governors of the European Bank for Reconstruction and Development (EBRD) this year, May 7-9, when an investment conference and a business forum were held, events that BiH officials rated as the most important in the area economy in the last decade.

This year, at midnight on July 10, the company ‘Aluminij’ Mostar whose production facilities were shut down on the night of July 9-10, after which the company was disconnected from the high-voltage electricity grid.

The company generated about EUR 200 million of debt mostly to HZ-HB Electricity Company and it was precisely the price of electricity that Mostar Aluminij, which employed 900 people, collapsed.

During 2019, construction of the sections on Corridor Vc continued, and contracts were signed for the construction of bridges and sections through Herzegovina, worth approximately EUR 85 million.

This year, the trend of increasing number of tourists in BiH continued, especially from the People’s Republic of China, Turkey, Arab and neighboring countries, and number of tourists is expected to exceed 1.6 million and more than 3.2 million overnight stays.

In February, Sarajevo and East Sarajevo organized the largest post-war sport event in Bosnia and Herzegovina – the European Youth Festival (EYOF), which gathered 1,500 young athletes from 46 European countries. The opening ceremony on February 10 at BiH’s largest stadium has formalized the final phase of a 10-year project launched in 2009 by the BiH Olympic Committee.

When it comes to the greatest sport achievements in Bosnia and Herzegovina, this year certainly stands out for the historic placement of the BiH handball team at the European Championships, which will be held in January 2020 and the silver medal of the best BiH athlete Amel Tuka in the 800-meter race at the World Championships in Doha.

On the eve of marking a quarter of a century of the most horrific crime in modern history in Europe committed in Srebrenica, this year, the Nobel Prize in Literature was presented to genocide denier and Slobodan Milošević’s admirer Peter Handke.

Representatives of associations bringing together survivors of the war gathered in protest in Sarajevo but also in Stockholm, where the award, despite numerous opposition from international officials, scientists, NGOs and journalists who witnessed the killings in BiH in the 1990s, was solemnly presented.

The beginning of September in BiH was marked by holding of the first-ever Pride March of the LGBTIQ community under the slogan “Ima izać'” (Come Out!). Without any incidents, but with strong security measures, participants walked from the starting point in the heart of the city, the Eternal Flame Memorial, to the Square of Bosnia and Herzegovina in Marijindvor, finishing the march in front of the State Parliament which houses several of the most important state institutions.

It was pointed out that members of the LBGTIQ community are exposed to discrimination in society. They emphasized that advocacy of full respect for human rights and identities of lesbian, gay, bisexual, trans, intersex and queer (LGBTIQ) persons is oriented towards eliminating prejudices and stereotypes and aims towards institutional and systemic protection of the rights of all these persons.

The year 2019, namely December 22, marked the infamous 10th anniversary of the ruling of the European Court of Human Rights in Strasbourg in the case of Sejdić and Finci v. BiH, stating clearly that the BiH Constitution is discriminatory because it does not allow non-constituent peoples to run for office as a member of the Presidency or a deputy in the House of Peoples of the BiH Parliamentary Assembly.

All in all, this year has brought a solution to some of the longstanding issues, but it will leave many issues for the BiH authorities to deal with it in the coming years.