Fashion show ‘The Story About Us’ held at Sarajevo City Hall 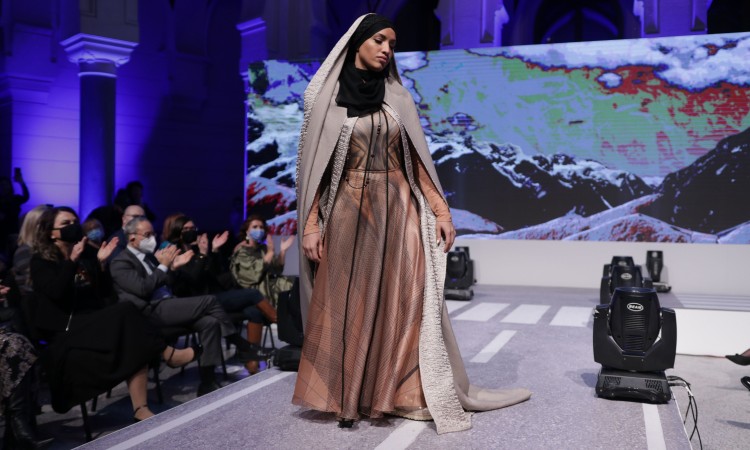 SARAJEVO, December 16 (FENA) – A fashion show symbolically named “The Story About Us” was held tonight at the Sarajevo City Hall, organized by the International Organization for Migration (IOM) on the occasion of the International Migrants Day.

The audience was introduced to the new fashion brand No Nation Fashion (NNF), created in temporary reception centers throughout BiH, where the International Organization for Migration (IOM), with the support of the European Union, established Fashion Corners.

Within these workshops, migrants have the opportunity to improve and develop their sewing skills, on the basis of which the said brand was created.

No Nation Fashion brand is based on cultural exchange, creative cooperation and mutual learning as a way to promote the social integration of migrants and understanding between migrants and the local community, using fashion to express different cultures.

Coordinator of the International Organization for Migration (IOM) for the Western Balkans and IOM Chief of Mission in BiH Laura Lungarotti said that today they are proud to celebrate International Migrants Day, but also “the birth of this new fashion brand No Nation Fashion”.

According to her, it shows the power of creativity, but more importantly the power of inclusion, because migrants worked together with BiH designers to produce these incredible works of art that maintain diversity and intercultural exchange.

“They show how this kind of cooperation can be useful for both migrants and the society that hosts them,” Lungarotti said.

She says that migrations are a phenomenon, they are not a problem.

“We hope that with the help of tonight’s event we will change the narrative, mostly negative narrative about migration, and show how much migrants contribute to the host society and how we can work best when we cooperate in a humane way with creativity, inclusion and diversity,” said Lungarotti.

According to her, migration is important for this country, as well as for the whole world.

“Migrations have a broad meaning. I also left my country to look for better economic opportunities, so I am also part of migration,” said Macdonald.

However, she added, we are here today to celebrate these amazing people who came to BiH and showed us the potential of migration.

Coordinator of the Fashion Corner in the temporary reception center Ušivak, fashion designer Aleksandra Lovrić, said that she was happy that they managed to make a collection and a whole story of 40 different models in such a short time, some six months.

She says that these are not only models that were created in workshops in reception centers, but also had the support of our textile industry.

Lovrić said the project was created under the auspices of the IOM, with EU support.

In the 70 years since its establishment, IOM has helped millions of migrants and continues to work to promote safe, orderly and humane migration.