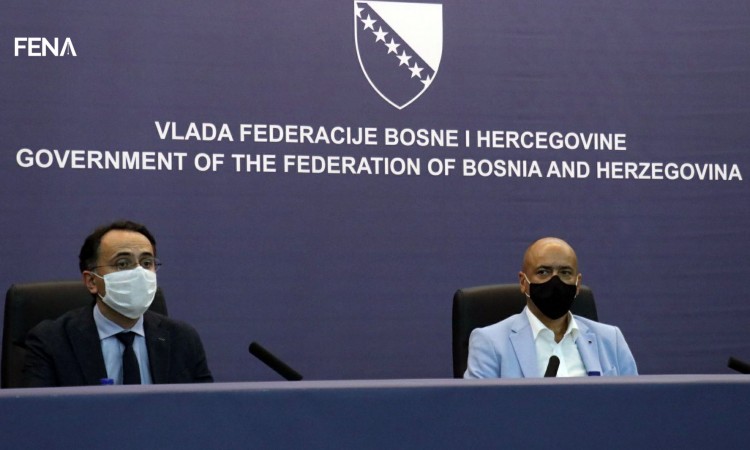 SARAJEVO, September 16 (FENA) – The Crisis Staff of the FBiH Ministry of Health today stated that the situation with the pandemic is difficult and very serious, especially in the West Herzegovina and the Herzegovina-Neretva cantons.

Assistant FBiH Minister of Health Goran Čerkez said that health capacities are being expanded in the Herzegovina-Neretva Canton to receive patients, which causes additional concern.

“We have analyzed the reasons for this and as we have said many times, the main cause is people returning from vacations, but even more, it is the absolute disregard for the measures adopted by the Crisis Staff,” said Čerkez.

He states that the institutions did not do the proposed intensified supervision to the extent that they needed and that they are currently in a serious situation.

“Therefore, the Crisis Staff will send a proposal to the FBiH Civil Protection Administration to re-declare the state of natural disaster. I hope that the Administration, when it receives this document, will forward it to the Government and that the state of natural disaster will be re-introduced. We have a long period ahead of us, we expect that this situation will not end for another year,” said Čerkez.

He told the citizens that they should be patient and responsible and respect the measures (distancing, masks, personal hygiene), not to be doctors themselves if they have respiratory symptoms, and to stay home, call their doctors and stay home from work.

Head of the Epidemiology Service of the FBiH Public Health Institute, Sanjin Musa, said that people are not aware of the seriousness of the situation and that by ignoring it, they will not solve the problem. He expects everyone to be actively involved in controlling the infection.