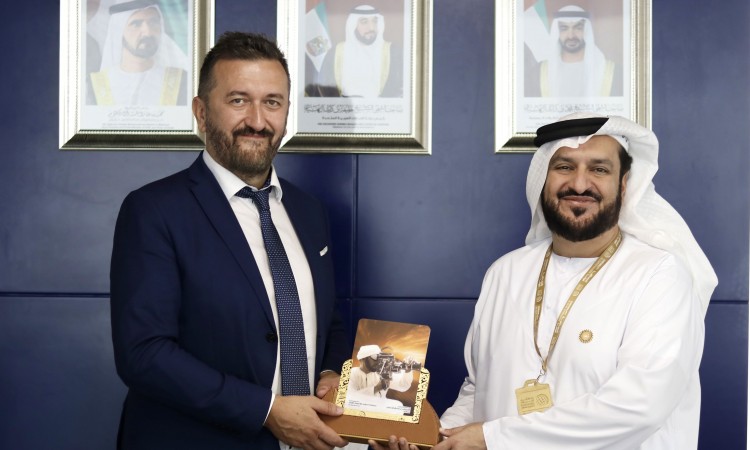 DUBAI, October 25 (FENA) – General Manager of the Federal News Agency (FENA) Elmir Huremović, at the invitation of the Director-General of the Emirates News Agency (WAM) Mohammed Jalal Al Rayssi, visited the offices of the state news agency of the United Arab Emirates in Dubai to establish cooperation between the two agencies.

In line with its strategic goals, FENA continues to strengthen its role internationally.

During the meeting, they discussed the differences, but also the numerous similarities between the people of BiH and the UAE. On that occasion, FENA’s General Manager Elmir Huremović invited the Director of WAM to visit BiH and be FENA’s guest, which he accepted.

Regarding the cooperation between the agencies, the importance of accurate reporting was emphasized, and Huremović mentioned that BiH, as a country striving for full membership in the European Union and NATO, also has high-level media freedom.

With some minor exceptions, most media are free to report, says Huremović, and FENA is the most credible and cited source of accurate news in BiH, as evidenced by the largest network of users. FENA is dedicated to technological and human development and especially to fact-checking and thus avoids denials.

The Director of WAM informed Huremović about the work of the Emirates state news agency and their intention to have better relations with the largest agencies in the world, and now FENA is among them.

He pointed out that their news is broadcast in 17 languages, which is important for news from the Emirates, and especially Dubai as one of the world’s largest centers, to have greater reach.

General Manager Huremović stated that FENA also intends to start publishing news in languages other than English, including Arabic. This should have been done earlier, but the pandemic caused by coronavirus postponed those activities just like it stopped the whole world.

FENA’s General Manager Huremović thanked the Director of WAM for the invitation and said that with this visit FENA is continuing its activities at the international level, confirming its leading position in agency journalism in the region.

A significant part of the meeting was dedicated to EXPO 2020, which is being held in Dubai this year and which FENA’s team had the opportunity to visit. It is one of the largest world events at which more than 190 countries present their potentials and where Bosnia and Herzegovina also has its pavilion.