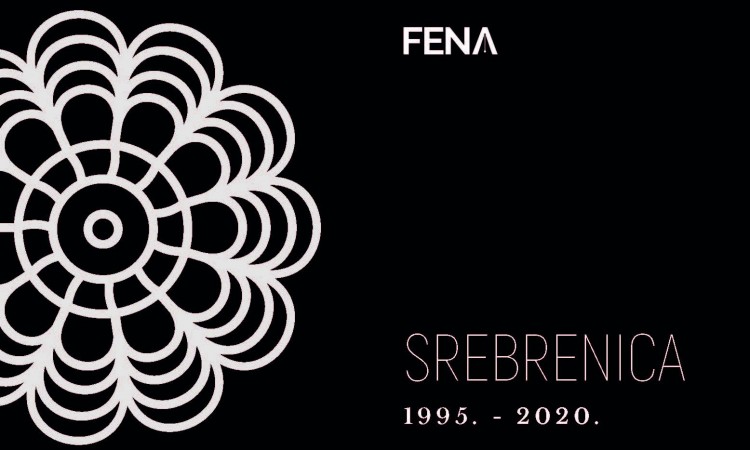 SARAJEVO, July 9 (FENA) – Multi-year professional coverage of anniversaries of the worst crime committed on the European soil since the World War II – the genocide in Srebrenica on July 11, 1995, the Federal News Agency FENA marked with the publication of the monograph “Srebrenica 1995 – 2020”.

It is a dedication to the work of FENA journalists and photojournalists over a number of years in transmitting information and covering numerous events organized in memory of 8,372 victims of the genocide. This professional work, as well as this monograph, paved the way for the truth and documentation of this dark stain in history of mankind.

The monograph focuses on last year’s 25th anniversary of the genocide, which was marked by a series of events and addresses by top officials from BiH and around the world. In that year alone, FENA published and provided its users with over 350 news pieces related to Srebrenica genocide, including hundreds of photographs and video pieces.

This monograph is full of photographs in color and black and white, and many of them are dedicated to the exhibition titled ‘Exodus’, by world renowned painter, Safet Zec. The author was working on these canvases for the past 20 years, inspired by reverence for human tragedies, and above all, the tragedy of Srebrenica. The Federal News Agency (FENA) was the media sponsor of the exhibition.

The photos in the monograph are accompanied by excerpts of speeches by a number of domestic officials dedicated to the 25th anniversary of the genocide. Numerous world officials sent out video messages that year, which was also recorded in this publication.

Great number of FENA’s news pieces that were also published in our English service has been covered by our partner news agencies across the world.

In the preface to the monograph, General Manager of the Federal News Agency FENA, Elmir Huremović, reminded that not all the victims have been found nor have all the perpetrators and commanders of this monstrous crime, difficult for a normal human mind and heart to perceive, been punished to date. Unfortunately, as he underlined, there are still those who deny the genocide, despite the fact it has been proven before several international courts, thus mocking the victims and justice.

“That is why it is important to speak, write, document and remind of the scale of Srebrenica genocide and its consequences, which is where the role of the media plays a crucial part. Therefore, the Federal News Agency FENA, the most cited and most reliable media in Bosnia and Herzegovina, has a permanent obligation to report on truth about genocide with special sensibility and professionalism,” said Huremović.

This monograph represents a permanent reminder of genocide committed in Srebrenica and warning to never allow this crime to happen to anyone ever again.

The monograph can be viewed at the following link: