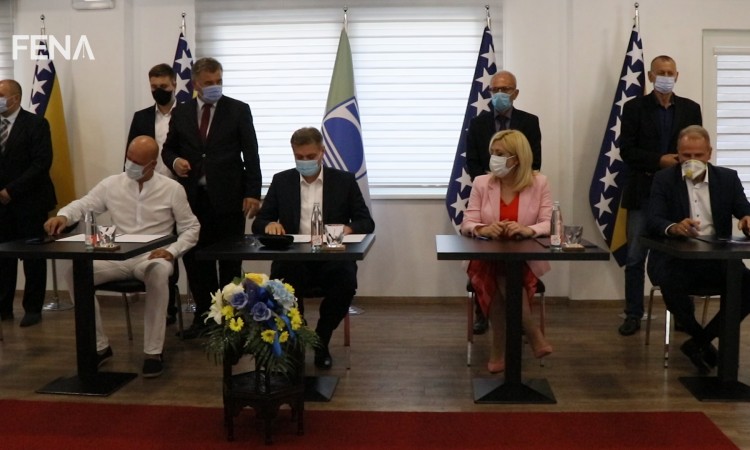 MOSTAR, August 28 (FENA) – Representatives of five political parties (SDA, SBB, DF, SBiH, BPS) that make up the “Coalition for Mostar 2020” signed the Platform and Principles for Joint Action in the local elections in Mostar today.

Vice President of the Party of Democratic Action (SDA) Denis Zvizdić said after the signing that the parties that make up the coalition “want a unifying Mostar, which will be unique and Mostar where its economic and human potentials will finally be released, which will be an investment center and place where young people will want to stay and live”.

According to him, in the next ten days, the candidate for the future mayor of Mostar will be presented on such principles, who “according to his moral, professional and other references will be generally acceptable for all voters and all political options in Mostar.”

The President of cantonal board of the Democratic Front (DF) of the Herzegovina-Neretva Canton Ahmed Džubur emphasized that he hopes that some other political parties will join this coalition by Tuesday, adding that the joint appearance of the signatory parties is a guarantee that all Mostar’s potentials will be used in the best way and in joint synergy.

“I am especially glad that these five very respectable parties, which will, I hope, be joined by some other political options and individuals by Tuesday, will have the opportunity for Mostar to valorize everything it has in the coming period and has a lot to offer,” said Džubur.