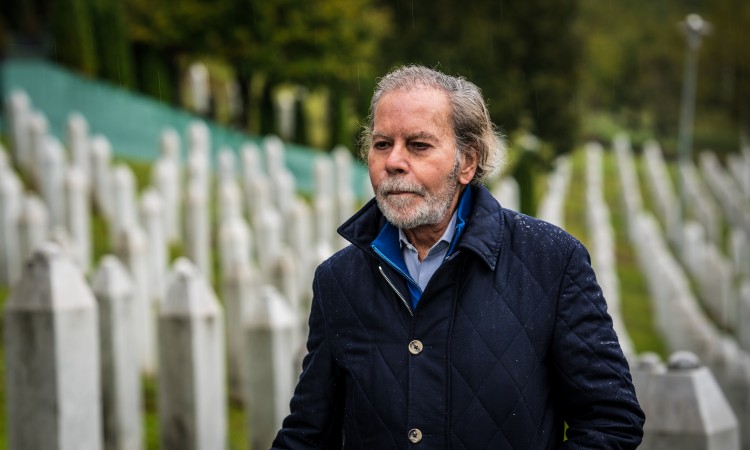 Arria was welcomed by employees of the Memorial Center and representatives of the Association of Mothers from Srebrenica and Bratunac at the cemetery of the Memorial Center, where he observed a minute of silence in honor of the victims of genocide, and then visited the cemetery and the memorial wall with the names of genocide victims in Srebrenica.

Arria first visited Srebrenica in April 1993, following a massacre at a school playground that killed more than 70 people and injured more than 100, leaving human remains on the playground’s iron fence at the time of his visit.

Recalling that visit, Arria said it was the first time he had seen something he could not believe, the remains of children killed while spending time carefree playing in the school playground.

“Every time I return to Srebrenica, after my first painful visit in April 1993, I feel in some way better as a human being because I look at these brave people, for example, the mothers and daughters I have met, and families of victims who had been massacred here in 1995, and it is easier for me when I see that they now feel better and that they are stronger. When you look at the terrible things that have been done here, you know so many years ago that the world knew what was going on, but they were looking in another direction,” Arria said.

After visiting the Museum and going through the Center’s exhibitions, Diego Arria talked to the mothers who, among other things, asked if the world could have done more to prevent the genocide in Srebrenica.

Diego Arria spoke during the war about the crimes and that the war in Bosnia and Herzegovina could have and should have been prevented.