Home BiH Forto: Our Party will move forward this country with its own ideas

Forto: Our Party will move forward this country with its own ideas 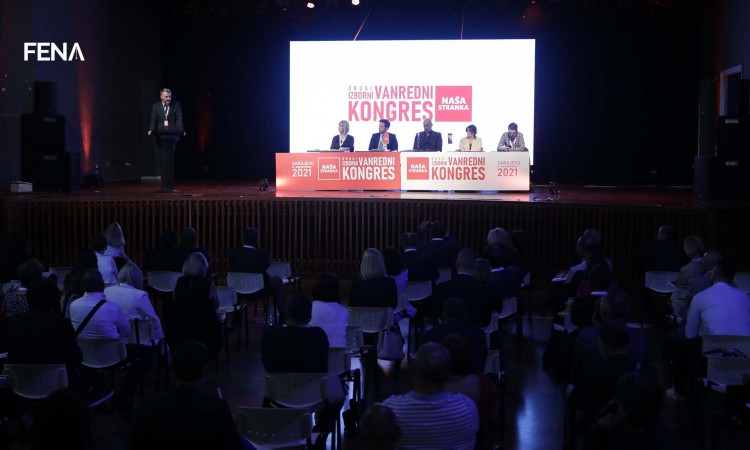 SARAJEVO, September 5 (FENA) – The newly elected president of Our Party (NS), Edin Forto, stated yesterday that it is a great honor and privilege to be elected to this position.

“I feel honored, but also responsibility and pride that I am in a position to lead BiH, together with members of our party and partners, to where it belongs, to Europe,” said Forto, addressing party members and the public after the election for a new president yesterday at the extraordinary Congress of Our Party in Sarajevo.

He pointed out that he was witnessing a certain kind of campaign “which tries to put the whole political spectrum in one basket, which leads people to apathy and should deter them from activism and even voting. The phrase ‘everyone is the same’ should bring victory to those who have won the elections so far. ”

“Our message is that we are not all the same, and Our Party, as a real civil and European party, will move forward this country with its own ideas,” said Forto.

Edin Forto underlined, at the same time, that he would offer his own solutions to partners, and that it is time to stop mathematical and ethnic coalitions.

He expressed readiness for maximum engagement in order for the blockade to be finally resolved in a constructive way, noting that the actual unblocking will take place in October next year.

“In the same way, we feel that together with our partners we will win the next elections. There is no doubt about that. People are ready for change, and what is the biggest challenge is not to bring about the change, but to deliver that change. The citizens of BiH voted for the change several times, but it was never delivered to them, and because of that, apathy, refusal to vote and leaving BiH arose. When we get a chance, we will not miss that chance,” said Forto.