Home BiH Franz: We strongly condemn the threats to boycott the elections

Franz: We strongly condemn the threats to boycott the elections 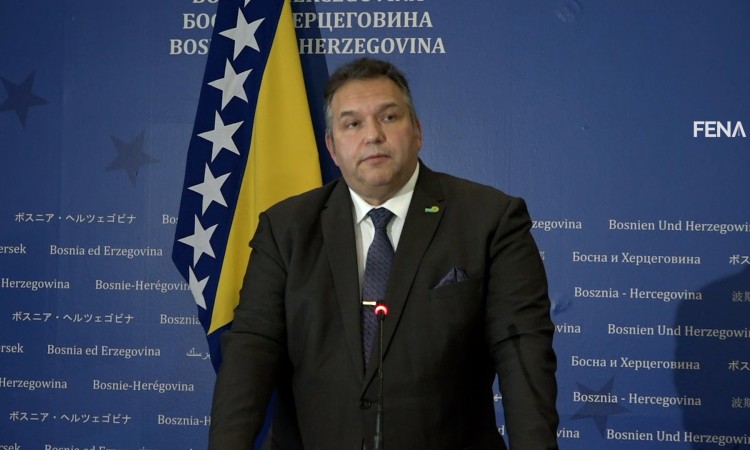 After the meeting of the two mentioned officials with the members of the Interdepartmental Working Group for Changing the Election Legislation of BiH, Franz told reporters that this visit took place in a crucial period for BiH, when important state reforms are discussed and secessionist threats of Republika Srpska are followed with great concern.

Noting that he and Waitz met with members of the BiH Presidency and Parliamentary Assembly this morning, he noted that the most pressing topics were current initiatives in the country seeking to undermine the Dayton Accords and the upcoming 2022 elections.

“We advocate the territorial integrity and sovereignty of Bosnia and Herzegovina; we must overcome ethnic divisions and bring the country closer to the European Union. Discussions on constitutional reforms and the functioning of the state system must take place within the relevant institutions, with democratically elected representatives within a transparent process and with the significant participation of civil society and citizen representatives. Every effort must be made to ensure free and fair elections in October 2022 and to protect the integrity of elections. It is primarily the responsibility of BiH institutions to ensure that citizens enjoy their basic democratic rights. We categorically reject and strongly condemn all threats of boycott or blocking of elections,” said Franz.

The international community and the Office of the High Representative in BiH must be ready to ensure, if necessary, these basic democratic rights for the citizens of BiH, he said.

Bosnia and Herzegovina has stated that its goal is membership in the European Union, so all reforms must be in the direction of harmonization with European standards, bringing the country closer to the European Union and overcoming ethnic divisions.

The policy of appeasement, when it comes to ethnonationalist leaders, has obviously been unsuccessful and must be stopped urgently.

Saša Magazinović, one of the participants in today’s meeting with Franz and Waits, said that the guests openly called the current situation in BiH a security crisis caused by ethnonationalist leaders.