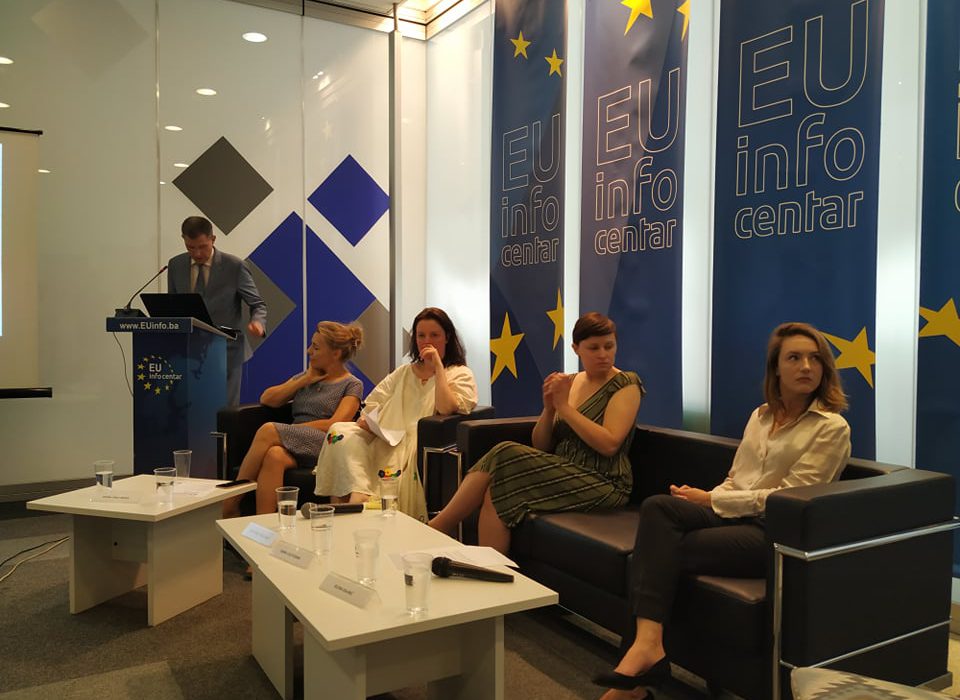 She said this at a roundtable on fake news and media literacy, which was organized by French Embassy in Bosnia and Herzegovina in Sarajevo today.

Frau-Meigs emphasized that she prefers the term disinformation than fake news, because it includes more segments.

She also emphasized that fake news reduce trust of the citizens in truly democratic institutions, which there are very few of in the world today and that destabilization of institutions is one of the main targets of non-democratic countries.

Adviser for Culture at the Embassy of France to BiH Emmanuel Mouriez emphasized that phenomenon of fake news and disinformation is very dangerous, because it can endanger someone’s reputation.

He believes that disinformation and fake news is a very serious instance, not only in BiH, but in the entire world, adding this topic should be discussed much more.

Spokesperson of the EU Delegation to BiH Jamila Milović-Halilović said that ‘fake news’ is a global problem and that citizens find they do not need mechanisms to recognize such news and disinformation.

“That is concerning, because we accepted it to become a norm and it is quite normal to see fake news and disinformation,” she emphasized.

French Embassy and French Institute in Bosnia and Herzegovina are implementing this activity together with French institutes of Croatia, Serbia and Slovenia.