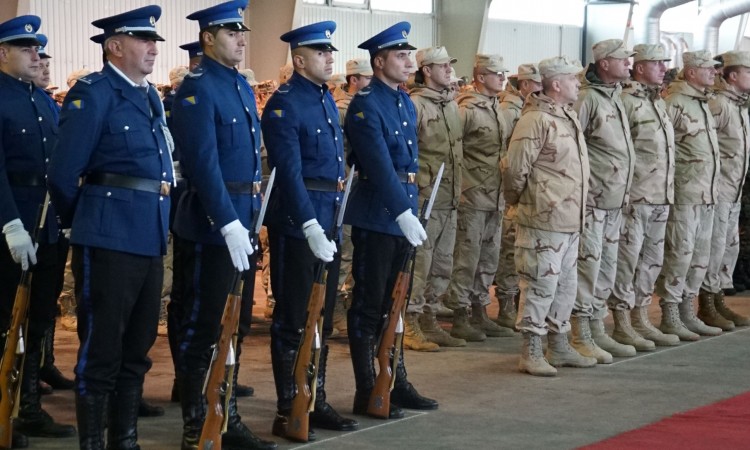 SARAJEVO, November 29 (FENA) – Brigadier General Marti J. Bissell, Commander of NATO Headquarters in Sarajevo, today congratulated the Armed Forces of Bosnia and Herzegovina on December 1 and the 14th anniversary of the establishment of this institution.

“During the past 17 months as a Commander of NATO Headquarters Sarajevo, I have been able to visit all the AF BiH brigades and many units throughout Bosnia and Herzegovina,” said General Bissell in a press statement at the Rajlovac barracks, where she attended a ceremony to mark the AF BiH Day and the anniversary.

She noted that during those visits, she has been reassured that these units are highly professional and intensively engaged in improving interoperability in accordance with NATO standards.

“I am proud to be able to serve side by side with AF BiH officers, NCOs and soldiers, and would reiterate the words of General Mašović (Chief of Staff of the AF BiH) that the Armed Forces need more funds to be able to increase salaries and modernize the AF BiH,” added General Bissell.

She recalled that Bosnia and Herzegovina has had successful cooperation with the Alliance for the past 15 years.

Bissell said she could not comment on the recently adopted Reform Program document which made way for Bosnia and Herzegovina to continue its cooperation with NATO but also ended the political stalemate concerning the formation of the state government but added that the NATO Headquarters has exceptional relations with domestic institutions and officials.