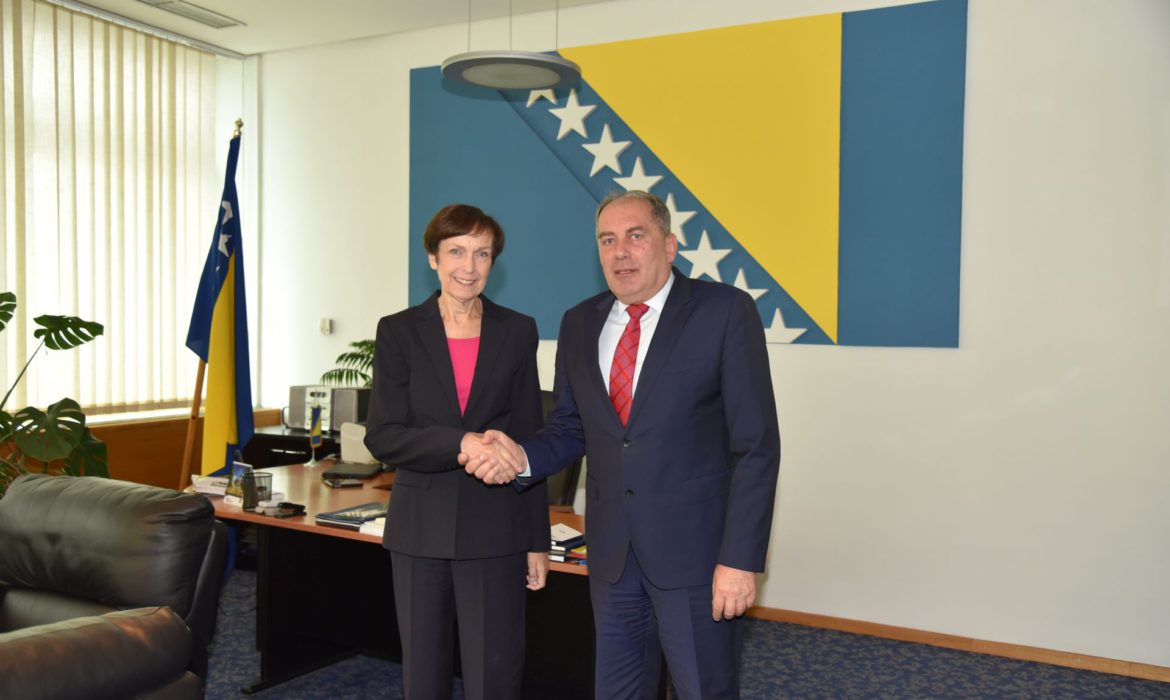 SARAJEVO, November 1 (FENA) – Germany will continue to support the implementation of reforms in Bosnia and Herzegovina, but will also continue to support BiH’s progression towards the European Union, it was said today at a meeting between BiH Minister of Security Dragan Mekticć and German Ambassador to BiH Margret Uebber.

The two emphasized the positive role of Germany so far in strengthening the capacity of the security sector in Bosnia and Herzegovina, especially the Border Police of BiH.

Mektć stressed that continued cooperation with Germany has been an important priority for BiH, expressing hope that good relations would continue in the future.

She also stressed that the situation with migrants in BiH is an important topic in Germany.

Speaking about the problems and blockades surrounding the issue of finding an adequate location for migrants, Minister Mektić said that talks are underway to establish two more reception centers in BiH, and that he expects that the issue would be resolved before the coming winter.