Home BiH Gorušanović-Butigan: Appointment of a new leadership of HJPC in February next year

Gorušanović-Butigan: Appointment of a new leadership of HJPC in February next year 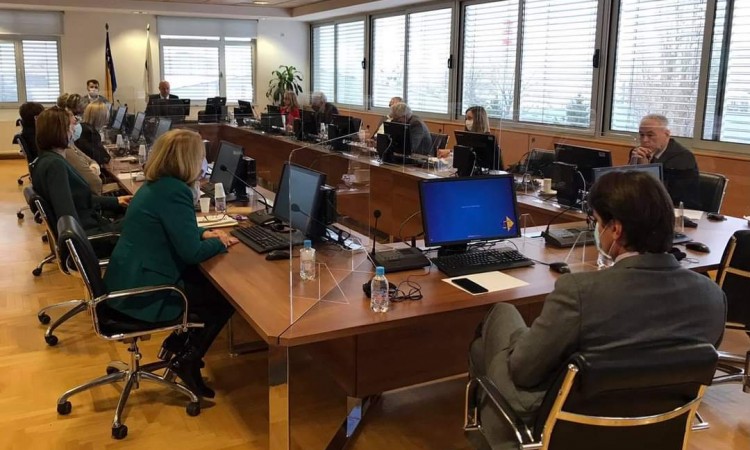 SARAJEVO, December 29 (FENA) – At the extraordinary session of the High Judicial and Prosecutorial Council of Bosnia and Herzegovina (HJPC BiH) today, by a majority vote of the members of that regulatory body (ten ‘in favor’, three ‘abstentions’) new criteria for evaluating holders were voted/adopted judicial functions in courts and prosecutors’ offices.

At the same time, the HJPC took note of the Information regarding the Fifth Meeting of the Subcommittee on Justice, Freedom and Security between the European Union and Bosnia and Herzegovina, as well as the implementation of the institutional mechanism and records for implementing the Instrument for Monitoring the Implementation of Guidelines.

Referring to the adoption of new criteria for the evaluation of judicial office holders in BiH, the chairwoman of the HJPC BiH Sanela Gorušanović-Butigan pointed out that this is a significant step, which allows the work of judges and prosecutors to be evaluated next year.

“These are not ideal criteria. We had a detailed discussion and our position is that the judges of the Court of BiH should also be evaluated,” said Gorušanović-Butigan during the break of the session.

She assessed that the new criteria were forced by the current situation, and that small changes were made to the old criteria, which do not have an analytical assessment.

Responding to journalists’ inquiries regarding the legal basis for her position and possible legal consequences for the decisions made by the HJPC, including the voted criteria, Gorušanović-Butigan was explicit, saying she did not expect any legal consequences.

When asked about the appointment of the leadership/Presidency of the HJPC BiH, she said that it would follow in February next year.