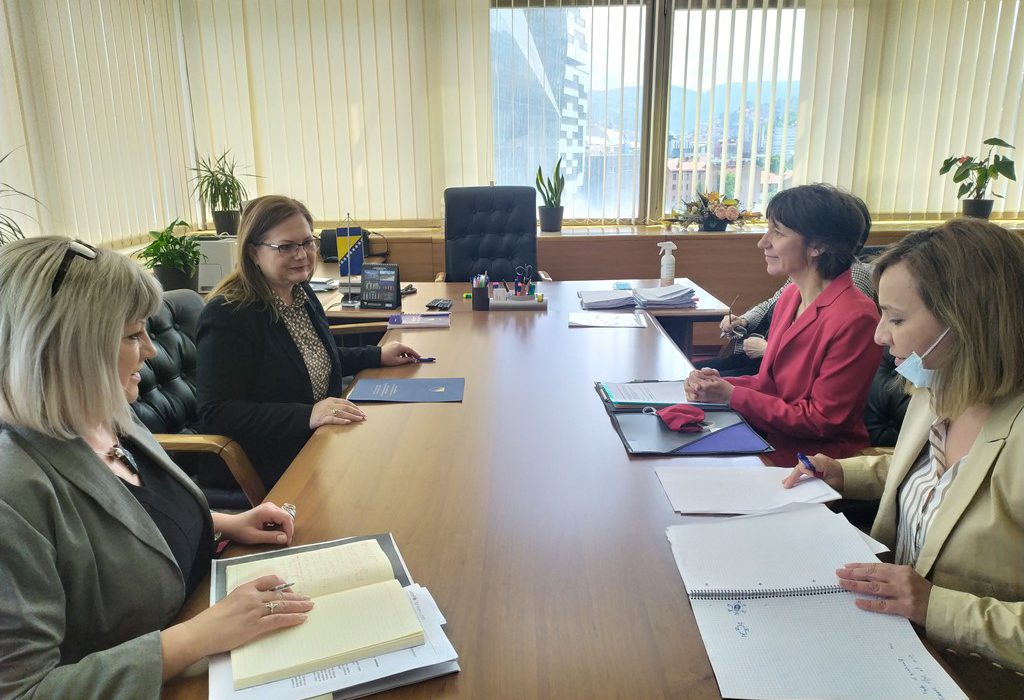 Ambassador Saxer informed Minister Gudeljević about Switzerland’s investments so far, both through financial resources, medicines and other forms of support intended for the people of BiH in order to more easily overcome the unexpected challenge posed by the coronavirus pandemic.

She also pointed out that many Swiss companies have invested in BiH and congratulated Minister Gudeljević on the successful coordination of activities in the previous period, especially bearing in mind that health care is at the entity levels, which made the role of the Ministry of Civil Affairs stronger.

Minister Gudeljević emphasized that the feeling of fear and exposure to the infection was equally present among all BiH residents, which contributed to mutual rapprochement, thus resulted in keeping the pandemic under control, and emphasized that with this experience BiH should be ready for a second wave.

Ambassador Saxer briefly presented three significant projects currently underway in BiH, related to mental health, strengthening nursing and reducing the risk of non-communicable diseases, with an emphasis on the consequences of passive smoking of tobacco products.

Speaking about youth and youth employment, both interlocutors stressed the need to reform the education system and orientation towards education that will enable the state of BiH to educate capable and professional staff ready for the labor market.

Minister Gudeljević emphasized that she had already initiated the first virtual meetings with the competent ministries and that the intentions of her further work are aimed at strengthening the role, position and education of young people in BiH.

Speaking about demining in BiH, Ambassador Saxer expressed regret that the demining process was delayed in the past, but after receiving information that a new Demining Commission had been appointed, which had already held its first meeting, she expressed hope that all activities in this risky and important field will be initiated, the Ministry of Civil Affairs of BiH announced.