Head of EUD Sattler calls for immediate closure of Vučjak 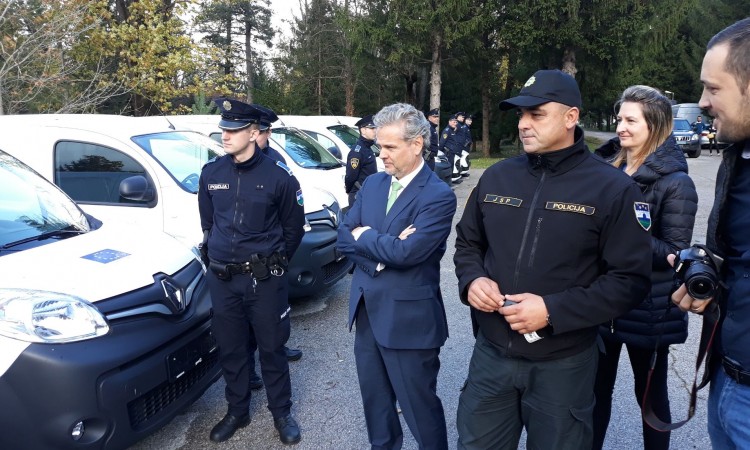 BIHAĆ, November 5 (FENA) – Head of the EU Delegation and EU Special Representative in BiH, Ambassador Johann Sattler visited Bihać today and handed over 11 new vehicles to the Una-Sana Canton Ministry of Interior. He also had meetings with representatives of the city and cantonal authorities and called for the immediate closure of the temporary reception center in Vučjak.

“We have provided 11 new vehicles for police officers and with this activity the support of the European Union in BiH has reached the amount of KM 36 million. Funds are provided to address problems and challenges caused with the migrant crisis. Needless to say, not all of them will be used for the care of migrants and refugees, but significant funds are also directed to support local communities,” said Head of the EU Delegation to BiH Johan Sattler.

He also stressed the request for immediate closure of the temporary reception center in Vučjak at today’s meetings with representatives of local and cantonal authorities.

The Una-Sana Canton Prime Minister Mustafa Ružnić thanked the European Union for the support, but also reiterated certain views of the Task Force for Coordination and Control of Migration Crisis in the USC area.

“Thanks to the support of the European Union and international organizations, we are not alone in this situation. Therefore, I must again appeal to relevant state institutions to get involved in solving this problem. We will do our best to relocate people from Vučjak, because we are not satisfied with the conditions there either, but I must also reiterate that we maintain the position that we need to relocate migrants and refugees from populated urban areas. We need coordination of all participants in this process in order to unburden the Una-Sana Canton,” said Ružnić.

“I proposed this location a long time ago, however, it was not suitable for representatives of international organizations because of the distance from the city and inability to provide services. We will try to get the City Council’s approval at tomorrow’s extraordinary session, so we have an official decision as well. Electricity and water can be provided quite quickly at this location, so that we cannot be told that we do not offer adequate state-owned sites,” said Mayor Fazlić.