Home BiH Izetbegović in Višegrad: We must build a strong state

Izetbegović in Višegrad: We must build a strong state 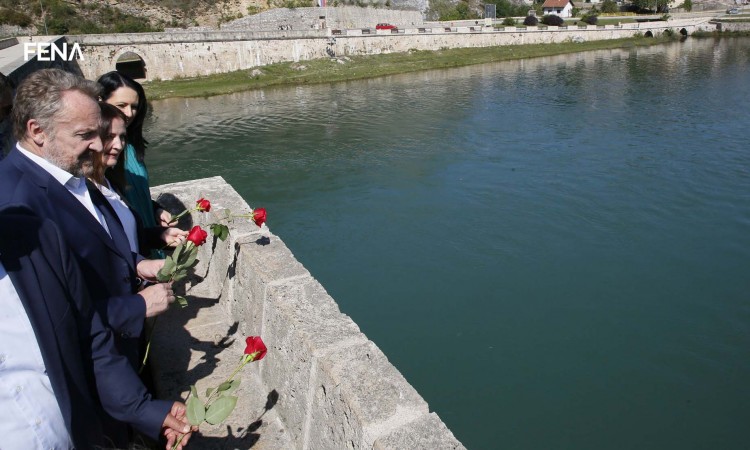 VIŠEGRAD, September 5 (FENA) – President of the Party of Democratic Action (SDA) Bakir Izetbegović visited Višegrad yesterday and told reporters that the aim of the visit was to express support for Bosniaks in Podrinje, Republika Srpska, as well as encourage and provide even stronger support for sustainable return.

Emphasizing primarily the importance of the security, Izetbegović stated that a strong state must be built that will prevent crimes from ever happening again, horrors that the famous bridge on the Drina River in Višegrad remembered many times, not only during the last war in BiH.

“The Federation of BiH should strongly support sustainable return in every way, politically and financially,” said, among other things, the SDA leader, announcing the talks in Višegrad on the safety of returnees.

As Izetbegović stated, the attacks and nationalist messages experienced by Bosniaks, whether they live in this area permanently or are returnees, are encouraged by the Serbian leaders in BiH, led by Milorad Dodik.

He concludes that with resistance, things are still going in the right direction.

By throwing roses into the Drina River from Mehmed-paša Sokolović Bridge and saying Al-Fatiha prayer, the president of the Party of Democratic Action paid tribute to the Bosniaks killed in this city.

He alleges that Bosniaks live under apartheid in that part of BiH and are practically second-class citizens, they are not allowed to call their own language by its name, returnees and imams are attacked, Bosniaks are denied employment.

Izetbegović assessed that the retrograde forces are on the defensive, but that there will be a normal state of Bosnia and Herzegovina in which the space for criminals will be narrowed and which will never allow Bosniak people to be weak.