Home BiH Izetbegović: It is not realistic to expect further negotiations on the Election Law

Izetbegović: It is not realistic to expect further negotiations on the Election Law 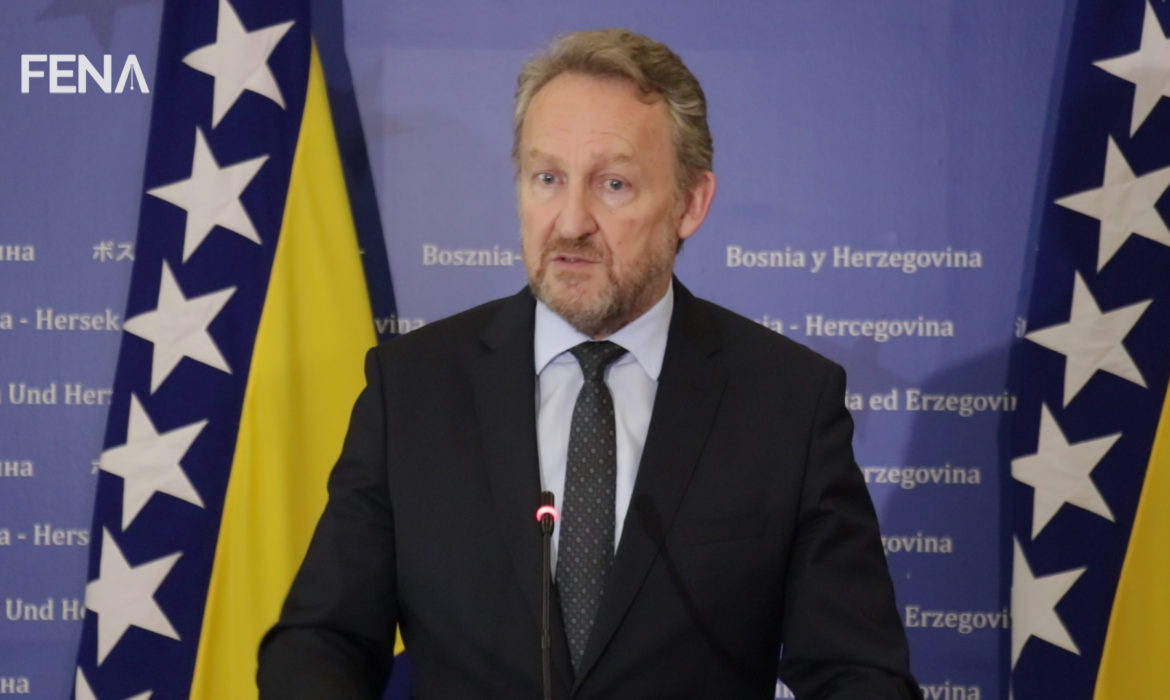 SARAJEVO, September 16 (FENA) – President of the Party of Democratic Action (SDA) Bakir Izetbegović said today that it would not be realistic to expect serious further negotiations on amending the BiH Election Law until the 2018 election results are implemented because the government at the FBiH level still has not been formed. He added that this includes the full composition of the FBiH Constitutional Court.

After the meeting with Dragan Čović, President of the Croat Democratic Union (HDZ) BiH, Izetbegović reminded that all judgments of the Constitutional Court and the Court of Human Rights in Strasbourg must be implemented.

He believes that it is better to postpone all this until the local elections are over because even if they come up with the best solution, the other parties would not be satisfied.

“Looking at first, those judgments stand in a collision, but they are not, because they insist on two principles on which BiH is based, that is the civic and ethnic principle. An eventual agreement would mean a stable balance of these two principles, and thus a stable BiH,” said Izetbegović.

He pointed out that the SDA and HDZ can only devise a model for the solution, and that two-thirds of the deputies must support it in the House of Representatives, as well as the delegates in the House of Peoples.

He said that it must be first accepted by the coalition partners of the SDA, namely the Democratic Front and the Alliance for a Better Future.

He said that the SDA would insist on the implementation of the BiH Constitution and that the institution of the House of Peoples cannot have the same role and strength as the Houses of Representatives.

He emphasized that the solution for the elections in Mostar seemed unsolvable, but that it has been resolved.

“The fact that the results of the past election have not been implemented at the FBiH level two years later makes the elections meaningless. Why the election law then, if we will not implement the election results,” said Izetbegović and stressed that there was no reason not to complete the composition of the FBiH Constitutional Court.

Izetbegović also commented on the visit of the BiH Presidency member Milorad Dodik to Zagreb today, emphasizing that his policies imply destabilization and division, stifling and slowing down the work of the BiH Council of Ministers, blocking the Euro-Atlantic path, insulting of Croats and Bosniaks.

He added that Dodik is a member of the Presidency, not the chairman.

“At this moment, Džaferović is the one that represents BiH. Croatia and BiH should have exchanged official visits since Milanović was invited to visit BiH. By inviting Dodik, and bypassing Džaferović, this sends a bad message,” said Izetbegović.

He believes that this is a message of disrespect for Bosnia and Herzegovina and its hierarchy.

“We will see what will be the conclusions from that meeting and whether they will deny any of this,” Izetbegović concluded.