Home BiH Izetbegović: The HNS resolution is there to increase pressure on SDA

Izetbegović: The HNS resolution is there to increase pressure on SDA 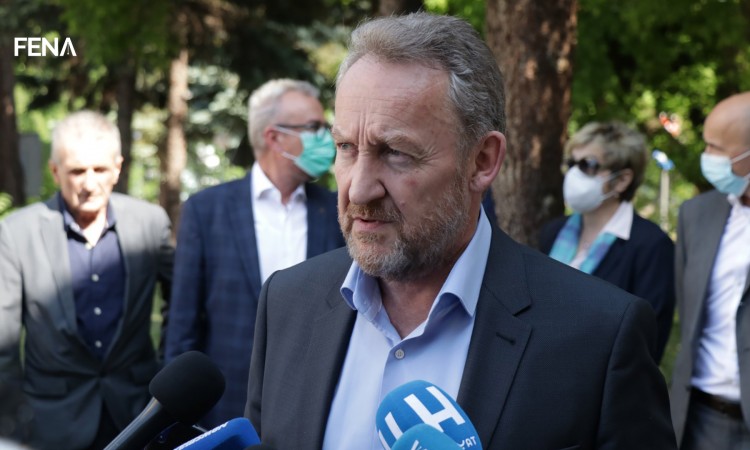 ZENICA, June 4 (FENA) – Speaker of the House of Peoples of the BiH Parliamentary Assembly and President of the Party of Democratic Action Bakir Izetbegović commented on the adopted Resolution of the Croat People’s Assembly (HNS), which met in Mostar today.

Izetbegović said that he did not go into the details of that resolution.

“It is what we expected. The pressure on Bosniaks, primarily on the SDA side is increasing, so to speak, in order to obtain a favorable change in the election legislation, in favor of what the HNS represents. I can say that much,” Izetbegović pointed out.

He added that the resolution is in line with the recently published non-paper and that he believes that everything is happening in coordination.

“In fact, there is pressure to come to something that would seal this existing situation permanently, and what we have now is that one-tenth of parliamentarians can stop whatever they want in this country,” said Izetbegović.

In response to the statement of the HNS President Dragan Čović that “Bosniak politicians want a civic state”, Izetbegović pointed out that the “civic state of BiH” is a request posed before BiH through the 14 priorities of the European Union.

“A civic state is a normally organized state. In it, each constituent people has the right to be properly represented and to protect its own, vital national interest.

What we are living in at the moment is that a tenth of the parliamentarians at the FBiH level and a fifth at the state level can stop whatever they want. Hiding behind that phrase about the constituent peoples. That is the discrimination of the majority by the minority in the parliaments,” Izetbegović believes.

He also commented on Čović’s announcement that he would initiate procedures for the payment of RTV tax for ‘Herceg-Bosna’ TV through the account of the power supply company known as ‘Elektroprivreda Hrvatske zajednice Herceg-Bosna’, which would form a parallel system to the BHRT Public Broadcasting Service.

Such an approach does not fit into the principles prescribed by the EU to BiH on the way to fulfilling the conditions for the EU membership.