Home BiH Izetbegović to Ji Ping: The conditions for closing the OHR have not yet been met

Izetbegović to Ji Ping: The conditions for closing the OHR have not yet been met 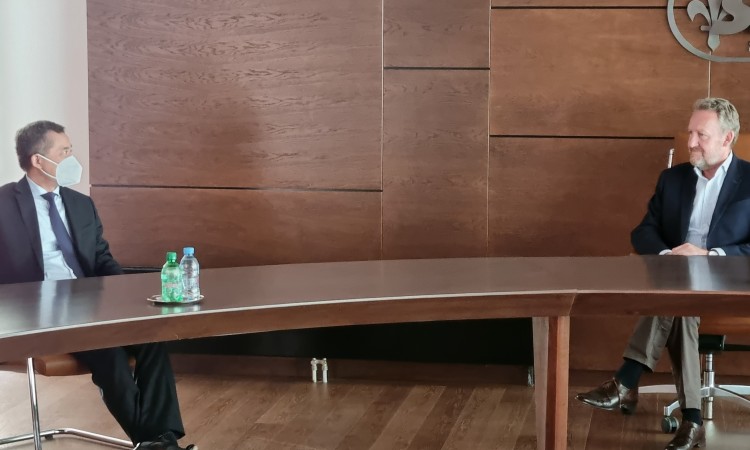 The two officials discussed the cooperation between Bosnia and Herzegovina and the People’s Republic of China, especially in the field of economy. In this context, special attention was paid to the continuation of the construction of Block 7 of the Thermal Power Plant in Tuzla.

They also discussed a motion for a Resolution envisaging the abolition of the Office of the High Representative (OHR) by 31 July 2022, submitted to the United Nations Security Council by Russia and the People’s Republic of China.

Izetbegović explained to Ambassador Ping that the conditions for the closure of the OHR, established within the 5 + 2 Program, have not yet been met and that the existence of that institution in Bosnia and Herzegovina was still necessary.

Ambassador Ping informed Izetbegović that 500,000 doses of vaccines, which the Government of the Federation of BiH ordered from the Chinese manufacturer Sinopharm, will be delivered as early as the beginning of August.