Home BiH Izetbegović: We will have one million vaccines in the next two to three months

Izetbegović: We will have one million vaccines in the next two to three months 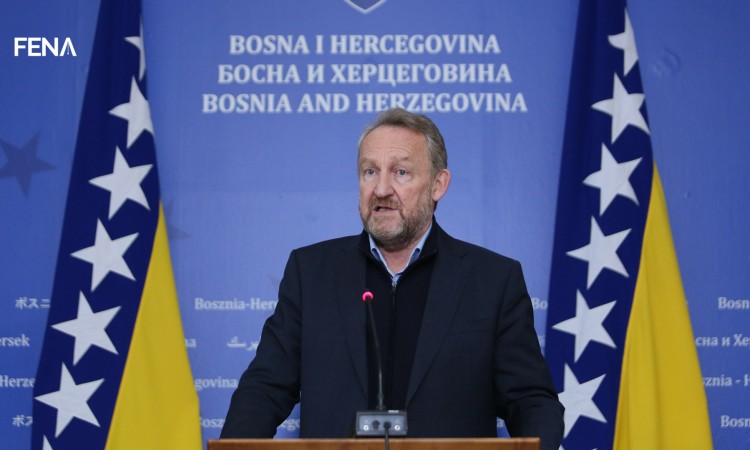 SARAJEVO, April 8 (FENA) – Speaker of the House of Peoples of the BiH Parliamentary Assembly Bakir Izetbegović said that a decision was made today for Malaysia to donate 50,000 vaccines against COVID-19 to Bosnia and Herzegovina, thanks to an appeal from the BiH Presidency member Šefik Džaferović.

“I have agreed on a similar thing with friends from China – 50,000 Chinese vaccines. Upon my request, 30,000 vaccines came from Turkey. We have secured 130,000 vaccines in this way which is good result. It is not a number that will enable mass vaccination, but it is a certain one that can satisfy the most endangered groups at this time,” said Izetbegović.

Soon, as he says, we will have vaccines from the EU for Health program, which is why he has held talks with the EU representative in BiH, Johann Sattler.

“In this way, I think we will have a million vaccines in the next two to three months. It will then be a mass vaccination,” said Izetbegović.

Apart from the vaccines, after today’s session of the House of Peoples, Izetbegović spoke about the ventilators procurement affair, claiming that no one in BiH has died who was attached to that ventilator because they are used with patients with the relatively less severe clinical state.

“These are ventilators that cannot be used with the most difficult patients, there are 20 to 30 percent of them in the isolation ward, and those 70 or 80 percent of patients can use them. They do use them and I know it first hand because my wife is the general manager of the Clinical Center of the University of Sarajevo, Sebija Izetbegović,” said Bakir Izetbegović.

He expects that after a year of the ventilators affair, “the competent authorities finally say what was wrong with those ventilators”.

“These controversial stories are used for an unfounded campaign to achieve political goals on one of the most painful topics. It is very inhuman, ugly and unfair to use people’s fear and panic in order to gain political points,” said Izetbegović.

According to the information from the Chinese Embassy, ​​he stated that 20,000 such ventilators went to 40 countries and that there was no problem anywhere except in the Federation of BiH.