Home BiH Karić: We want to make the City of Sarajevo modern and contemporary

Karić: We want to make the City of Sarajevo modern and contemporary 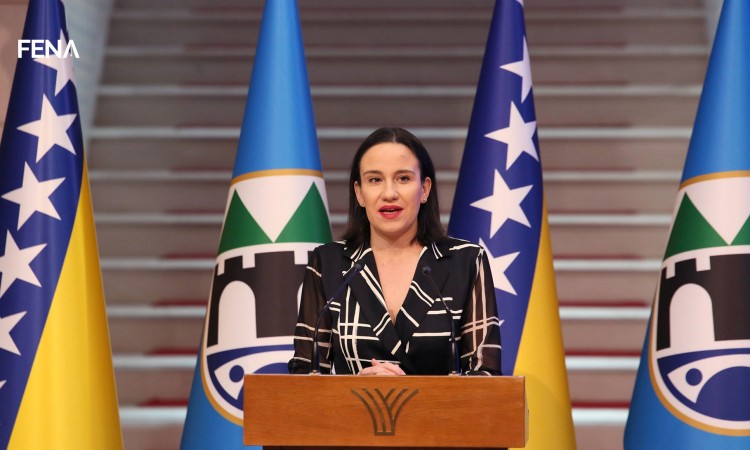 SARAJEVO, July 18 (FENA) – Mayor of Sarajevo Benjamina Karić, presenting the results of the first 100 days of her work and plans for the next period, said that Sarajevo should be the city of future, and that they want to make it modern and contemporary.

“In order to preserve its splendor, restore its glory and raise it to the level where it belongs, in our vision we see Sarajevo as the city of future, the treasury of the past, home of excellence, center of creativity, a place of top sports, best host, guardian city and a city of a thousand bridges,” the Mayor stated.

She said that Sarajevo as a city of future is their priority, but that it does not mean losing identity or neglecting the history and culture of memory, but on the contrary, “based on our unique historical path we want to build a better future.”

Karić said that they inherited exceptionally high-quality projects from the previous mandate, primarily emphasizing the Bistrik station, which, according to her, will be successfully completed in the third quarter, and which will include a museum exhibition. Another project that has been inherited is the project of building Vidikovac on Trebević.

“Trebević is very important, Trebević is our protected zone and we have to treat Mount Trebević properly. One of the projects we want to do is the construction of the Observatory. It is a project that is not only infrastructural, it is a project that is educational and very important for environmental protection,” said Karić, adding that it is important how we treat protected areas.

She is of the opinion that craftsmen should be supported, so she signed an agreement to support the Chamber of Crafts. Mayor Karić believes that the city should invest in young people as well as in sports.

Among other things, she mentioned that they returned the funding to the Potočari Memorial Center and dedicated a lot of energy to preserving and spreading awareness and knowledge about the genocide against Bosniaks in Srebrenica. They also initiated the erection of a memorial plaque at Kazani and the commemoration of this place.