Komšić and Schmid discuss unblocking the work of state institutions 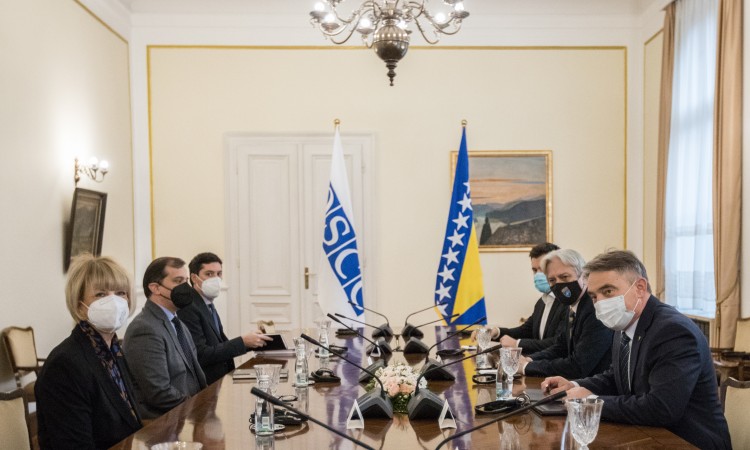 The officials emphasized that it is necessary to carry out key reforms in the country, and it especially refers to the electoral reform, reform of the judiciary and the education system, and the fight against corruption and crime.

Komšić pointed out that out of 14 key priorities from the Opinion of the European Commission, we came to a situation where the sovereignty and territorial integrity of Bosnia and Herzegovina is endangered and where state institutions are blocked. He believes that this can have a negative impact on the entire region, but also on Europe.

Secretary General Helga Maria Schmid believes that the policy of division will not bring progress to anyone, but will negatively affect the economy and investments in BiH, as well as the lives of all its citizens.

The topic of the meeting was the decriminalization of the election process, the necessity of holding the General Elections next year, and the implementation of all five judgments of the European Court of Human Rights.

BiH Presidency Chairman Željko Komšić thanked the OSCE Secretary General for the cooperation and support provided by the OSCE to Bosnia and Herzegovina through the long-term activities of the Mission, the BiH Presidency announced.