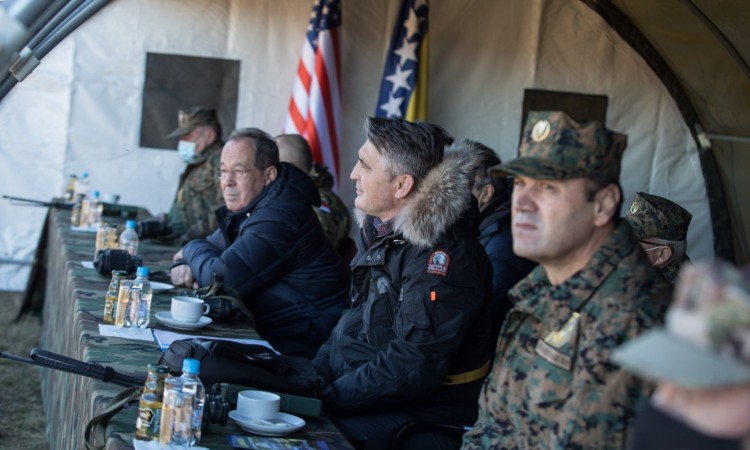 GLAMOČ, November 19 (FENA) – Member of the Presidency of Bosnia and Herzegovina Željko Komšić attended the end of the two-day military “Bilateral Exercise” at LPO Glamoč at the invitation of Defense Minister Sifet Podžić and Colonel General Senad Mašović, Chief of Joint Staff of the BiH Armed Forces.

The “Bilateral Exercise” was attended by members of the Armed Forces of BiH and the United States Armed Forces, specifically, the special ops forces for guidance and control of close air support JTAC (Joint Terminal Attack Controllers).

The last day of the military exercise began with a morning briefing to the BiH Presidency member Komšić at the BiH Armed Forces barracks “Glamoč”.

The participating parties pointed out that this exercise will enable the Armed Forces of BiH to improve partnership cooperation with the United States and other NATO partners.

Komšić, together with senior officials of the US Embassy in BiH, the Commander of NATO forces, the EUFOR commander, a representative of the ODC and representatives of the BiH Ministry of Defense and the Joint Staff of the BiH Armed Forces, took to the observation post from where he observed the exercise of the two friendly armies.