Home BiH Komšić: France can count on BiH’s support in fight against terrorism

Komšić: France can count on BiH’s support in fight against terrorism 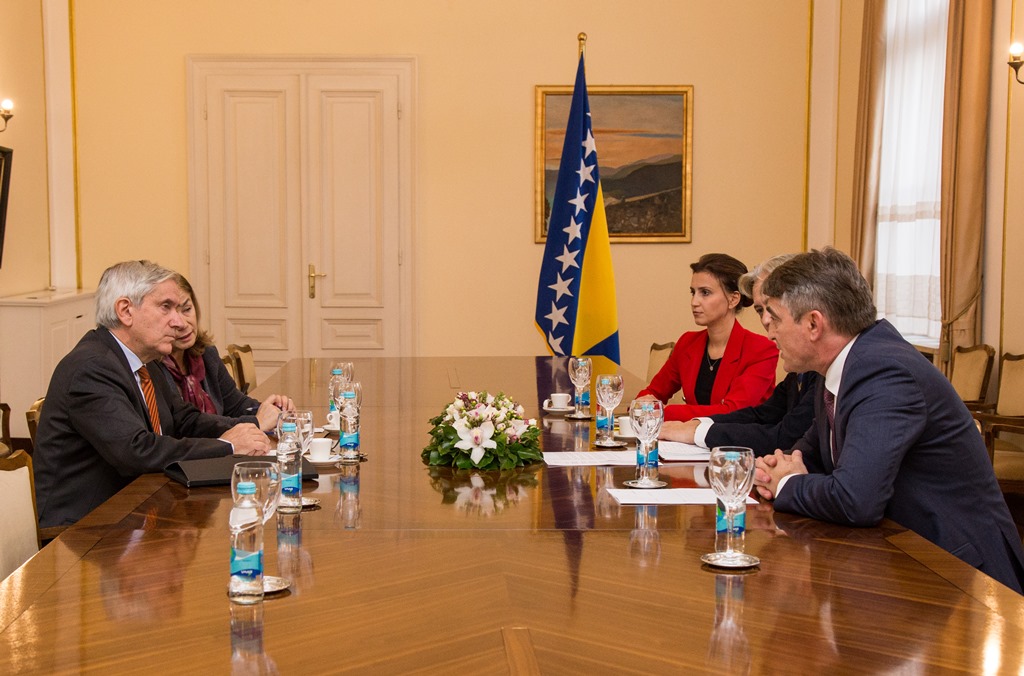 SARAJEVO, November 8 (FENA) – BiH Presidency Chairman Željko Komšić received today Ambassador of the Republic of France to Bosnia and Herzegovina Guillaume Rousson, whom he informed on exact data available to BiH and partner countries on presence of BiH citizens who were or still are in foreign battlefields, as well as the number of killed, prosecuted, and the exact number of women and children.

Chairman Komšić emphasized that Bosnia and Herzegovina is successfully participating in the fight against terrorism and extremism, as can be seen by the evaluations of partner countries.

He also informed Ambassador Rousson that participating in foreign armed formations is a criminal offense under the BiH legislation. BiH Presidency Chairman briefed the Ambassador about the exact number of returnees from foreign battlefields prosecuted so far.

In addition, Chairman Komšić emphasized that there were no terrorist attacks in Bosnia and Herzegovina.

Finally, Chairman Komšić stressed that Bosnia and Herzegovina is aware of the dangers of global terrorism and is fully committed to the fight against this evil and in that sense the Republic of France, as well as other countries affected by terrorism, can count on the support of Bosnia and Herzegovina, the BiH Presidency stated.