Home BiH Komšić: The institutions must be in the function of building a civic state

Komšić: The institutions must be in the function of building a civic state 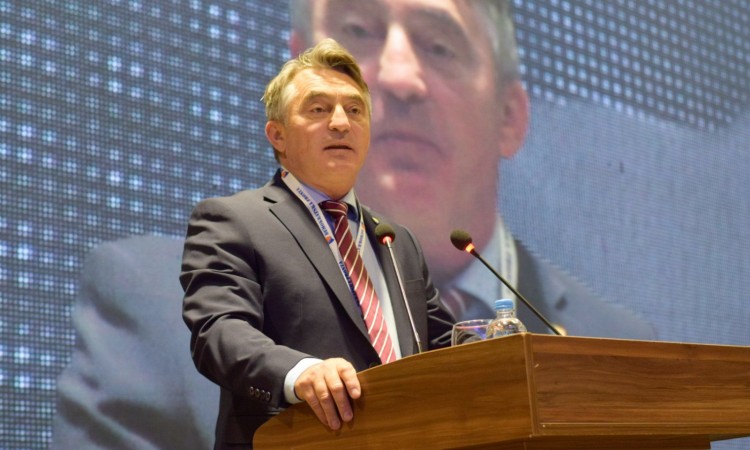 The president of the DF thanked the delegates for attending the congress despite the pandemic, stating that in addition to the fight against the pandemic, a great political struggle is going on with equal intensity in the country.

“We are holding the congress at a very challenging time. Not only have we been fighting this unfortunate virus for a year and a half, but we are also in a political struggle. Fight against those who are trying to block Bosnia and Herzegovina, make it dysfunctional. Fighting those whose goal is the division of people, and then the division of the state. In such very demanding conditions, we have worked as an organization. The political situation we are in, which we did not cause with any of our moves, forced us to make some difficult decisions. We made those decisions bravely. We carried enormous pressure and responsibility on our backs, although we could choose the comfort of criticizing without responsibility. But we persevered because our intentions have been good” said Komšić.

He also commented on the positive and negative aspects of the DF’s work and pointed out that the party does not exist to be an end to itself, but that the party is the house where they gather to fight together for ideas.

“And in this party, in the Democratic Front, there will be no place for those who put the party and their position ahead of of the state. And I saw a lot of people who were there solely for their own self-interest, without any concern for the people and the state. They left the party very quickly. They entered, looked for positions and jobs, and left when they didn’t get it. Today, I want to tell you very clearly and directly, such things will never happen again in the Democratic Front. There is no place for such people and thoughts in our house anymore,” Komšić said.

He emphasized that they were responsible for the depoliticized institution such as the CEC, which is no longer under the control of “Čović and Dodik, or any other political party”.

“It is a great victory in our fight for fair elections. In addition, today we are closer to joining NATO than ever before. And many persuaded us to give up that fight, telling us it didn’t matter. We have been and still are, on the front line of defense against an election law that would further divide this country and its people and call into question the long-term survival of Bosnia and Herzegovina. We have written quality legislation, insisted on the implementation of the 14 priorities that lead us to the European Union,” said Komšić.

He also stressed that he and the party would never give up on advocating for BiH’s NATO membership.