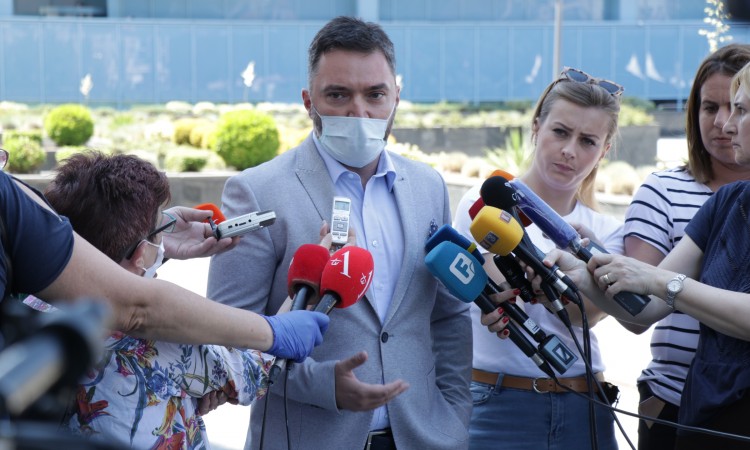 SARAJEVO, June 30 (FENA) – Minister of Foreign Trade and Economic Relations of Bosnia and Herzegovina Staša Košarac expressed disappointment that the decision on the formation of an expert team regarding the problem of Trgovska Gora, where construction of a nuclear and radioactive waste landfill is planned, was removed from the agenda of today’s session of the Council of Ministers.

He underlined that the Ministry, based on the opinion of the competent institutions from both BiH entities and BiH, proposed the structure of the expert team for Trgovska Gora, and informed the mayors of the municipalities in the Una River Basin about it and they gave their consent.

“Minister of Foreign Affairs of BiH, Bisera Turković, unarguably requested the removal of that item from the agenda,” Košarac explained.

He expressed confidence that such a request of the Minister has no political background, and at the same time expressed hope that at one of the next sessions of the Council of Ministers the issue will be discussed and that a legal and expert will be formed, because a unified position is necessary that the construction of such landfill is unacceptable for BiH.