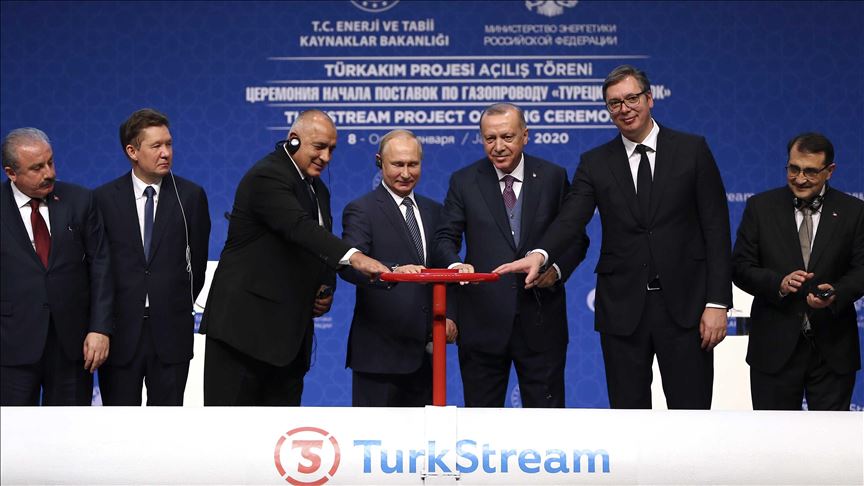 SARAJEVO, January 13 (FENA) – Minister of Foreign Trade and Economic Relations of BiH Staša Košarac said in an interview with FENA that it is of utmost importance to raise the issue of BiH’s involvement in the Turk Stream gas pipeline project.

He pointed out that the construction of a branch of that pipeline through the Republika Srpska and further to the Federation of BiH would provide a new route for BiH’s natural gas supply, which in practice means greater energy security, but also economic and development potential.

“Therefore, I think that the gasification of both the Republika Srpska and the Federation of BiH is an important project that will enable the development of the economy. To be precise, gas has a relatively low cost and is also characterized by an easy way to use it both in households and in the economy. Cheaper energy means a cheaper process of production and even lower prices of final products in the economy,” said Košarac.

He added that, in addition to being cheaper, using gas as an energy source is more environmentally friendly and would have a positive impact on the environment.

“I emphasize this especially because every winter the problem of air pollution escalates in some cities in BiH, especially Sarajevo, Tuzla and Zenica, and often in Banja Luka. Therefore, we must not forget the environmental aspect of this project. I think that the construction of the pipeline should be decided due to economic interests and that this issue should not be subject to politicization. As I stated earlier, joining the Turk Stream can be beneficial for both entities from an economic and environmental point of view,” Košarac said.

He added that it was equally important to say that there was no reason for one entity to prevent another entity from implementing projects as well as developing the gas network.

“I believe in the commitment of Chairman Zoran Tegeltija to change the practice of slowing down the decision-making process in the BiH Council of Ministers. From the ministerial position, I will emphasize that we will make additional efforts in the Ministry of Foreign Trade and Economic Relations of BiH, in accordance with the constitutional and legal competencies, to coordinate activities between the RS and the FBiH in securing new routes of gas supply,” emphasized Košarac.

The Turk Stream is a megaproject consisting of two pipelines that will carry Russian natural gas to southern Europe through Turkey. Both pipelines have a capacity of 15.75 billion cubic meters each. One will supply Turkey with Russian gas and the second will transport gas to Europe.