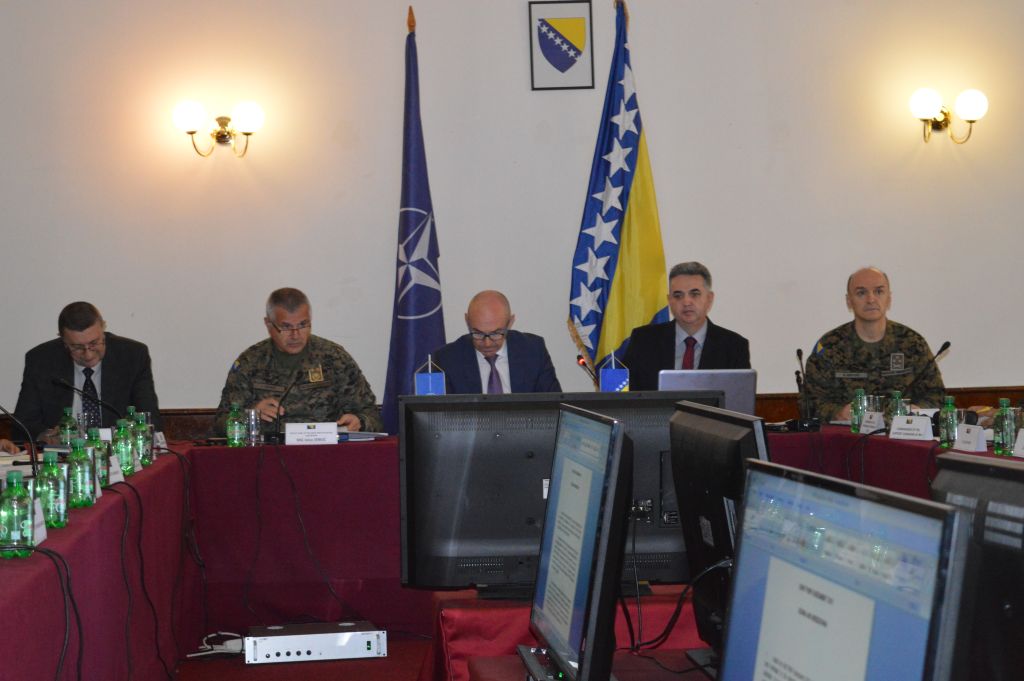 SARAJEVO, May 10 (FENA) – Representatives of Ministry of Defense of Bosnia and Herzegovina, BiH AF and delegation of the NATO Headquarters from Brussels are having a working meeting at the Army Hall on May 9-10.

Aim of the meeting is analysis of implementation of the Partnership Cooperation Goals between BiH and NATO (Planning and Revision Process – PARP), and it is attended by heads of organizational units and project managers from BiH MoD and generals of BiH AF and heads of partnership goals from AF and representatives of NATO Headquarters from Brussels, NATO HQ Sarajevo and EUFOR.

Document “Assessment of PARP BiH 2018”, which was adopted in June 2018 by NATO, includes 34 partnership goals (PG), of which 16 are general, 15 for land forces and three for air force.

Out of 34, 19 partnership goals are under jurisdiction of the Armed Forces of BiH, and this seventh PARP cycle started in October 2018 by completion and submission of the PARP questionnaire.

Partnership goals are primarily directed towards reaching capacity and capability of Armed Forces of BiH for contribution to activities from “Partnership for Peace” program, and for reaching the needed level of interoperability of our armed forces with NATO forces.