Home BiH Kulijer: We do not have enough data on biodiversity in BiH

Kulijer: We do not have enough data on biodiversity in BiH 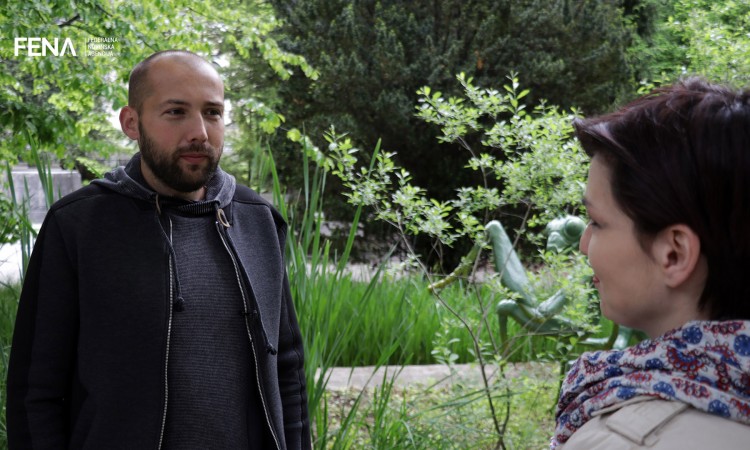 SARAJEVO, May 22 (FENA) – A biologist from the BiH National Museum, Dejan Kulijer in an interview with FENA, on the occasion of International Biodiversity Day, spoke today about the state of biodiversity in Bosnia and Herzegovina, noting that the greatest problem is the lack of knowledge in BiH when it comes to biodiversity.

“Very little is known about the species that live in BiH, and their distribution is even less known. On the other hand, we do not have lists of protected species, while the list of endangered species is at a limited scope. It is a fact that for many groups of organisms, animals primarily; we mostly have only estimates of their numbers. These estimates are mostly based on old data, and if we have recent data on the presence of some animal groups, they are quite fragmented, and we know only the individual locations of certain animal species, but we do not know whether they are common, rare and whether they still are present in all of the territory in BiH,” said in a conversation with FENA,  Dejan Kulijer.

Since biodiversity plays a major role in sustainable development, he argues that there is a growing awareness of the creation of red lists, and in certain parts of BiH, more precisely in SR, a list of protected species is under development.

“We are faced with a lack of staff that would contribute to the development of these lists in a satisfactory manner through thorough research. There is insufficient knowledge of the number and distribution of species, which makes it very difficult to estimate the degree to which they are endangered,” explained Kulijer.

Talking about other issues in the field of biodiversity and conservation and current activities in this area, he says that the Federation of Bosnia and Herzegovina is currently working on the development of a list of invasive species in BiH, which is the basis for a strategy to provide a quality fight against their uncontrolled spreading.

The issue of combating the spreading of invasive species is important because their expansion is considered globally as the most important reason for reducing biodiversity and disappearance of a number of species.

“This is a terrible problem all over the world, also in Bosnia and Herzegovina. For this reason, more attention should be paid to this issue in the future. We in Bosnia and Herzegovina still do not know how many are of them and what invasive species are there, and commonly for those that we do know, we know it only when they spread throughout the country and then practically we fight to constrain it  but then it becomes almost impossible,” stressed Kulijer.

Without scientific research, he says, it would be impossible to do anything serious, because “we need to know what species we do have here, what their distribution is, and on that basis, especially when it comes to protected and endangered species, define the protection priorities and establish the monitoring”.

“Given the small resources invested in nature conservation, our setting of priorities is essential in order to use these limited resources in the best possible way,” Kulijer added.

The International Biodiversity Day is celebrated every year on May 22. It was declared by the United Nations in 1993, to raise awareness of the importance of biodiversity and its preservation.