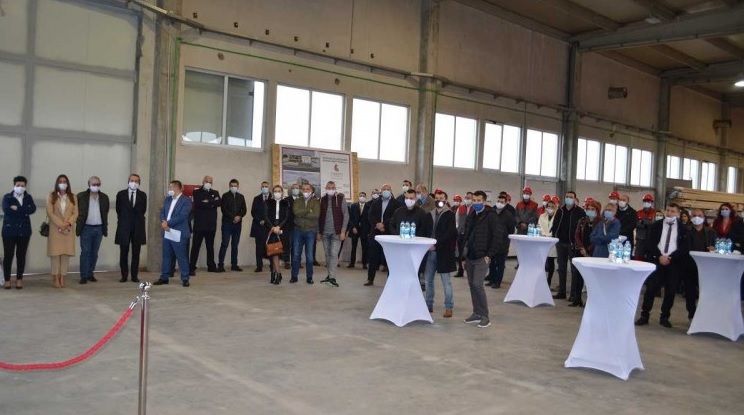 BRČKO, October 16 (FENA) – The Mayor of the Brčko District of BiH, Siniša Milić, attended the opening ceremony of the company for the production of modular and prefabricated, residential and non-residential facilities “Liberty Group”, which is located in the industrial zone in Brčko and which will employ about 100 workers in the first phase.

At the opening ceremony, the company representatives and the mayor emphasized that after the completion of the entire complex, 1,000 workers will be employed who will work in three shifts, and Mayor Milić said that this event is important not only for the newly opened company but also for the District and its citizens.

“At a time when we are fighting for saving every job, today’s event and the announcement of 100 or 1,000 new jobs is very important for the District and its citizens. It is important to point out that this is a production plant that will place the entire range of its products on foreign markets.

In a way, this is a message that the District can be a suitable investment destination. We expect that other investors will start investing in this local community following the example of the Liberty Group,” Milić said.

After the completion of the construction of the company’s production complex, the planned annual turnover of “Liberty Group” would be up to 500,000,000 euros and it is expected that this plan would be reached in two years.

The raw materials will be imported through domestic companies and exported to the markets of the European Union and the United States, and the initiator of the company and the initiators of the idea of ​​”Liberty Group” are Elvir Šehić and his business partner Zahid Bijelić.