Mahmutović and Mominah discuss cooperation between BiH and Saudi Arabia 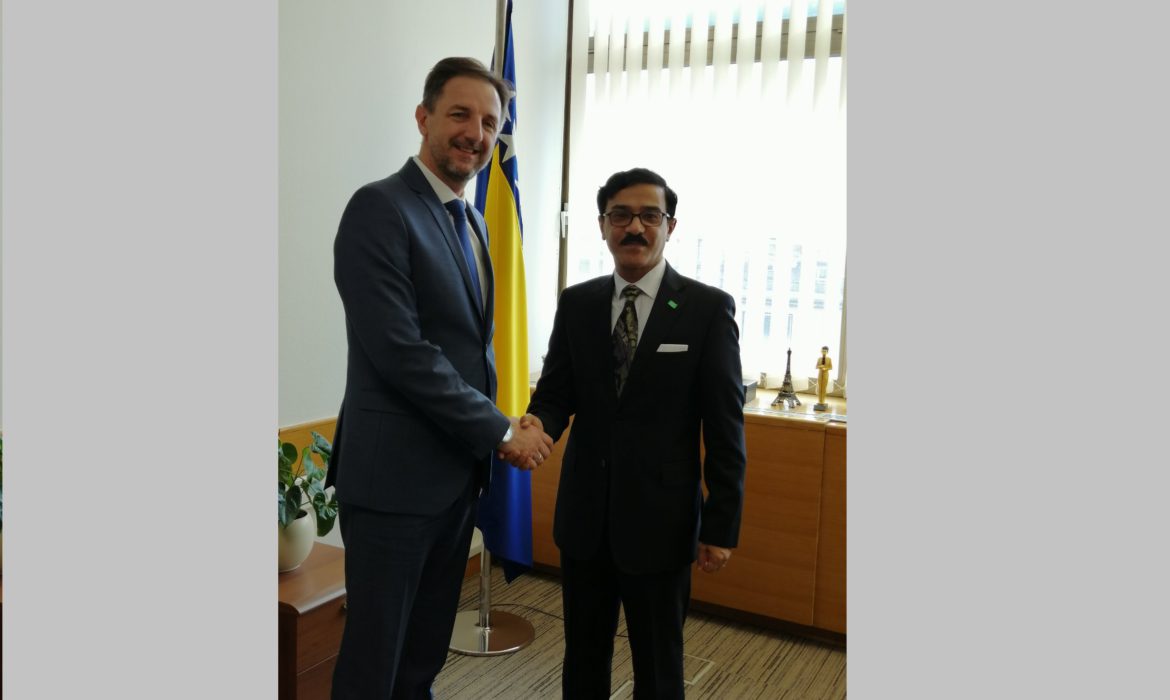 Deputy Minister Mahmutović thanked Ambassador Mominah for his exceptional personal commitment to strengthen cooperation between Bosnia and Herzegovina and the Kingdom of Saudi Arabia.

Ambassador Mominah expressed particular interest in marking of the 25th anniversary of the Srebrenica genocide and activities planned for the occasion, highlighting the importance of a recent visit by Secretary General of the World Muslim League, Muhammad bin Abdul Karim bin Abdulaziz Al-Issa to Potočari. Deputy Minister Mahmutović briefed the Ambassador on the realization of a million-euro donation allocated by the Kingdom of Saudi Arabia to support housing reconstruction and purchase of machinery for farmers in Srebrenica, in order to create conditions for sustainable return.

In this context, Deputy Minister Mahmutović expressed appreciation for the support provided by the Kingdom of Saudi Arabia to our country through granting more favorable loans and informed the Ambassador on the results of the project of reconstruction of 900 housing units of returnees and internally displaced persons, which is being financed thanks to KM 22 million worth of the Saudi Development Fund credit line.

Mahmutović concluded that there is still a need for this form of support and called for consideration of cooperating with the Srebrenica-Potočari Memorial Center, the Ministry of Human Rights and Refugees stated.