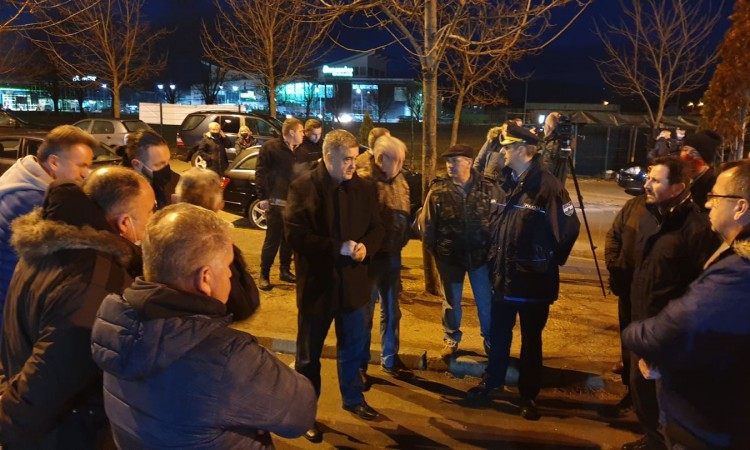 BIHAĆ, December 30 (FENA) – The Mayor of Bihać, Šuhret Fazlić, joined the gathered citizens in front of the recently closed “Bira” migrant center, where he held an extraordinary session of the Civil Protection Headquarters of the City of Bihać.

The Council of Ministers of Bosnia and Herzegovina was again asked not to adopt any decisions on the transfer of migrants to “Bira”, because any forced implementation of such an order would completely disrupt the security situation in the City of Bihać and the Una-Sana Canton.

“We also oppose a temporary return of illegal migrants to this center in downtown Bihać, because we have already been deceived before in the same way. That is why I am here, because we just can’t let the city zone be run over again.

We are ready to provide meals and necessities for the people from the Lipa camp, and even with dignity to accommodate a certain number of these people in active centers or private accommodation, but we can not allow the situation with Bira to be repeated,” said the mayor of Bihać.

More and more citizens of Bihać are gathering in front of the recently closed migrant center, who have repeated their opposition to the idea of the return of migrants to that location.

“We hope that a dignified solution would be found for these people, but it will not be the “Bira” migrant center. We are ready to defend that decision with our lives. We have been deceived many times before and we can no longer tolerate that we alone bear the burden of the migrant crisis. Remember, not so long ago, there were two thousand people in the center of the city of Bihać and as many more around it. This part of the city alone had more incidents and crimes than that the rest of the country in total,” said one of the gathered citizens, Adnan Habibija.

The Mayor of Bihać, Šuhret Fazlić, emphasized that none of the representatives of the competent state institutions have contacted him in the previous days, in order to try to find an adequate and acceptable solution by working together.