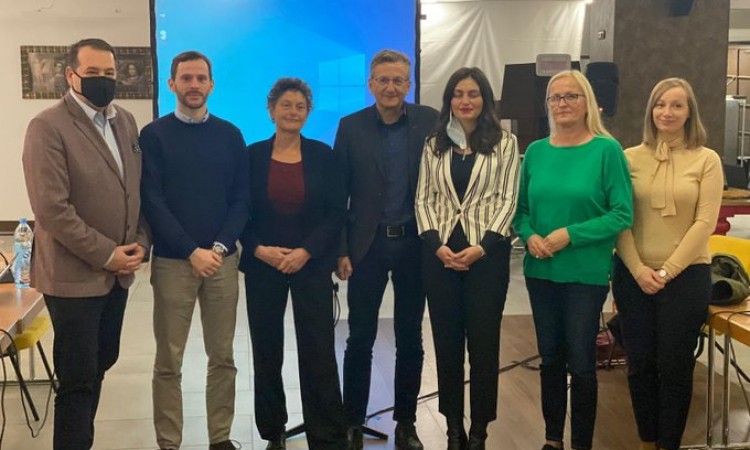 SARAJEVO, November 12 (FENA) – There is a political crisis in Bosnia and Herzegovina that threatens to escalate the situation, wrote today the MEP from the Green Group (Netherlands) Tineke Strik, who is on an official visit to BiH on her Twitter account.

MEPs Tineke Strik (Greens / EFA, The Netherlands) and Dietmar Köster (S&D, Germany) are on a two-day visit to BiH, where they intend to hold talks with a number of political actors in BiH in light of recent events and the current political crisis.

Strik emphasized that the European Union should be stricter towards the provocations of the member of the Presidency of BiH, Milorad Dodik, and not reward him, which is why she clearly called for financial sanctions against Dodik in order to protect the integrity of Bosnia and Herzegovina.

“The European Union and the United States are now negotiating an agreement in which they seem to give in to some demands from Dodik and Croatian representatives to calm the situation. There is a great risk that the compromise will strengthen the ethnic divisions in the country and thus only worsen the political crisis,” Strick believes.

She also wrote that she had a very fruitful but worrying meeting today with various NGO representatives and activists in BiH who shared her concerns and fully supported their call upon increased involvement in vital ongoing discussions on the future of the country.

After the meeting with MEPs, Head of the European Union Delegation to BiH Johann Sattler wrote on Twitter that it was nice to see the strong commitment and engagement of MEPs in shaping the response to the current crisis in BiH and stressed that de-escalation must be the first step.