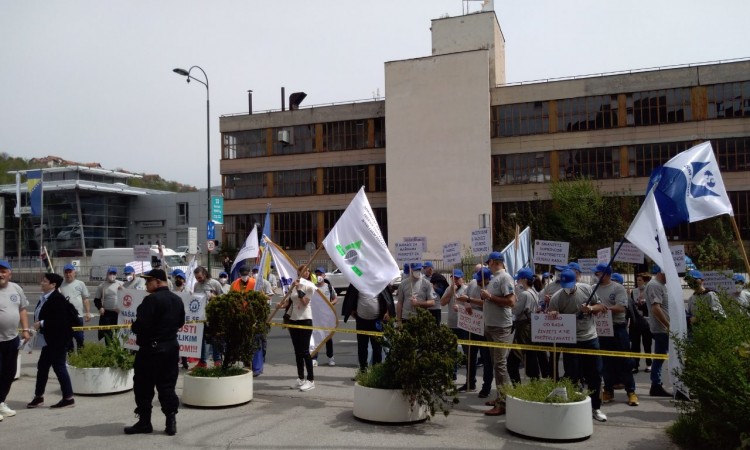 SARAJEVO, May 2 (FENA) – Members of Metalworkers’ Union of the Federation of Bosnia and Herzegovina and representatives of several other unions held a peaceful protest yesterday in front of the FBiH Government building in Sarajevo.

After addressing their representatives, the protesters dispersed and said they will hold larger protest if the demands they made to the authorities are not met within 30 days.

President of the Metalworkers’ Union, Bajro Melez, read the demands on behalf of the workers and asked for the minimum wage in FBiH to be determined, based on 70 percent of the average wage in FBiH, not counting meal allowance, holiday allowance and other allowances.

Workers also demand that the economy be relieved of high wage levies without delay, and that real-sector workers, especially metal workers, be given high priority for immunization against COVID-19.

They also demand that negotiations for the harmonization and conclusion of branch collective agreements for their sectors begin immediately.

The members of the Metalworkers’ Union were joined in yesterday’s protest gathering by the presidents of unions who represent a total of 70,000 workers from the forestry sector, miners, workers from the textile, leather and footwear sectors, as well as the electricity industry.