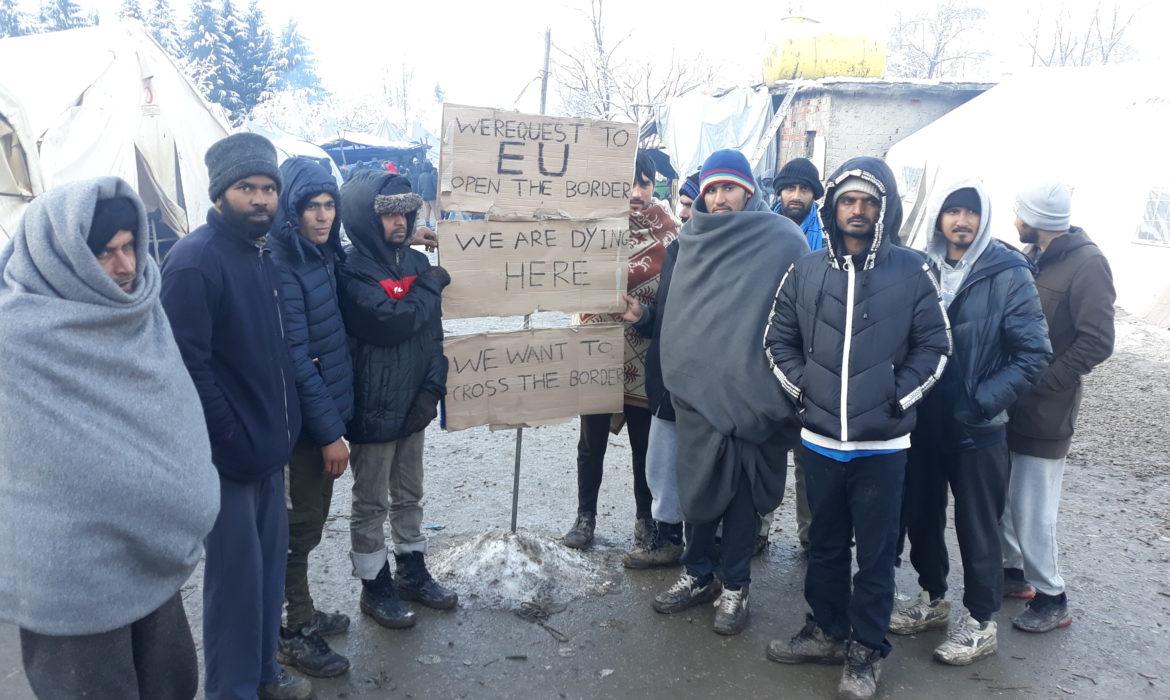 BIHAĆ, December 5 (FENA) – Migrants and refugees at a temporary camp in Vučjak have been rejecting meals for the third day. In this way, they express their dissatisfaction with the conditions at the camp, and primarily seek help, that is, a pass to EU countries.

“We have been on hunger strike for three days now. The reasons for our protest are not only bad camp conditions. We simply ask for help from the European Union and the United Nations because we want to be released to the Schengen countries. We also appeal to the International Organization for Migration to help us finally join our family members in the EU. We are not protesting against people from Bihać, Bosnia and Herzegovina or the Red Cross, we owe them gratitude for their help,” said one of the migrants.

The formation of mobile teams and the distribution of food on the route from the city center to Vučjak were announced from the city and cantonal organization of the Red Cross.

“People at the camp do not want to accept a single meal, so we have decided to form teams that will distribute food in the city. We are trying in every way possible to help, but we are almost out of power. We do not even know how many people are located in Vučjak, because we have always been distributing meals there and in that way knew how many people are there. I really think it is high time to do something concrete, because otherwise we will have a humanitarian disaster,” stressed the President of the Red Cross Organization of the Una-Sana Canton Husein Kličić.

It was reiterated that there is currently no information on the possible relocation of these people to more adequate place outside the Una-Sana Canton.