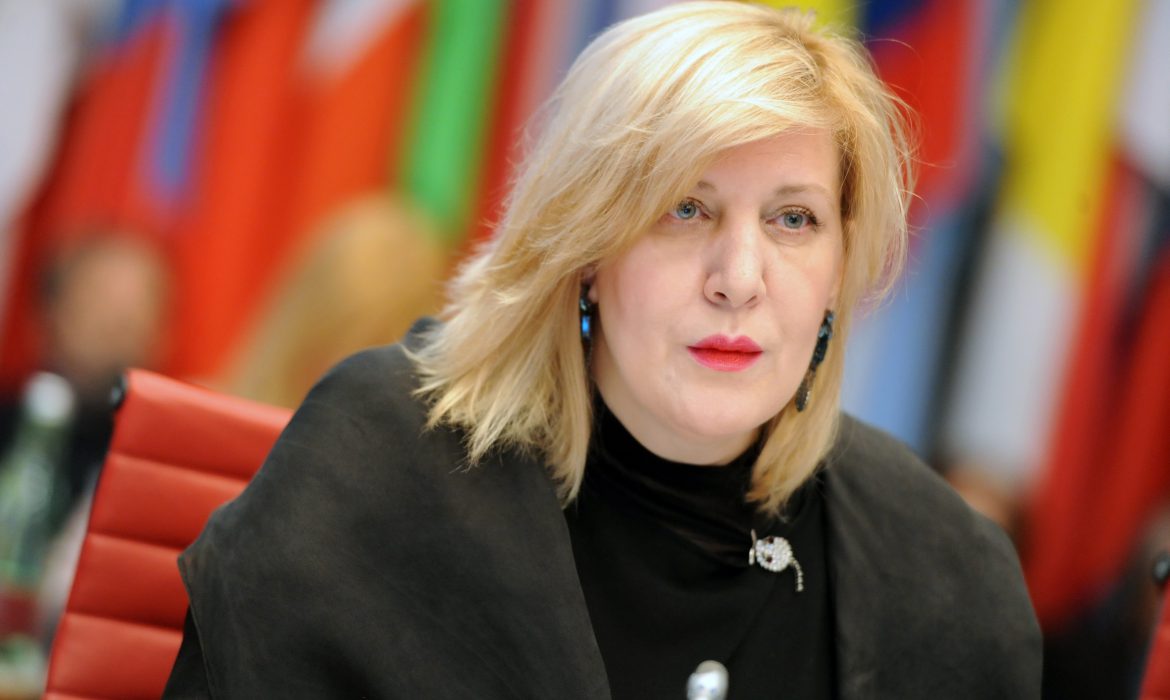 STRASBOURG/SARAJEVO, January 14 (FENA) – The Council of Europe Human Rights Commissioner Dunja Mijatović expressed concern over the human rights situation in Bosnia and Herzegovina and the region, noting in particular the problem of the glorification of war crimes and war criminals and the revival of ideologies and rhetoric which led to the wars in the 1990s.

In an interview with FENA, Mijatović recalled that Bosnia and Herzegovina has been a member of the Council of Europe for almost 17 years and as such it has accepted a number of obligations that apply to all member states in the field of democracy, the rule of law and respect for human rights and fundamental freedoms.

Since becoming a member, BiH has ratified dozens of treaties and has committed itself to a number of Council of Europe mechanisms, including the mechanism of the European Court of Human Rights.

Mijatović believes that all this has had some benefits for the protection of human rights and the fight against discrimination in the country, and there is a solid legislative framework in this field.

In particular, the widespread hate speech, the glorification of war crimes and war criminals, the revival of ideologies and rhetoric that led to the 1990s wars, destruction and human losses in the past, as if we have not learned any lessons from the past. This regrettable and worrying situation must change quickly and with tangible results,” warned Mijatović.

Mijatović emphasizes that Bosnia and Herzegovina must urgently address the issue of division of education in ethnic lines, to abolish the “two schools under the same roof” system and to provide its children with access to quality education without discrimination on any ground, and to prevent and effectively combat hate speech and hate crimes.

“As I said in my speech at the commemoration in Srebrenica last year, if we want our children to grow in the spirit of diversity, tolerance and respect for one another, if we want to give them the necessary antibodies to fight indoctrination, hatred and violence, we need to educate them about the past, educate them to strip down the myths, educate them about justice and equality for all. I believe that this is one of the biggest challenges facing BiH and the whole region,” she said.

As a member state of the Council of Europe, BiH is obliged to implement the judgments of the European Court of Human Rights, including the one in the Sejdić and Finci case.

“The BiH authorities should speed up the work on the missing persons, effectively prosecuting war crimes and ensuring that the rights of all victims of war, especially women victims of sexual violence, are protected,” stressed Mijatović.

She assessed that the migration issue as a human rights issue will be one of the major ones that the domestic authorities will have to deal with in the coming period.

“Interestingly enough, the first letter I sent to a member state of the Council of Europe as a human rights commissioner was to Dragan Mektić and Semiha Borovac in May 2018, regarding the problem of migration and asylum.

I hope that the authorities would continue to strengthen the capacities in this field, ensuring that all asylum seekers have access to an individualized asylum procedure and that the actions of the authorities are in full compliance with the international obligations of the country, “she said.

In the end, she noted that these are some of the major challenges facing BiH in 2019 and the coming years, and announced that her office would continue to closely monitor the implementation of the country’s obligations.

“I will engage myself, and I will assist and invite the authorities to fulfill the obligations arising from the membership in the Council of Europe,” underlined Human Rights Commissioner Dunja Mijatović in an interview with FENA.