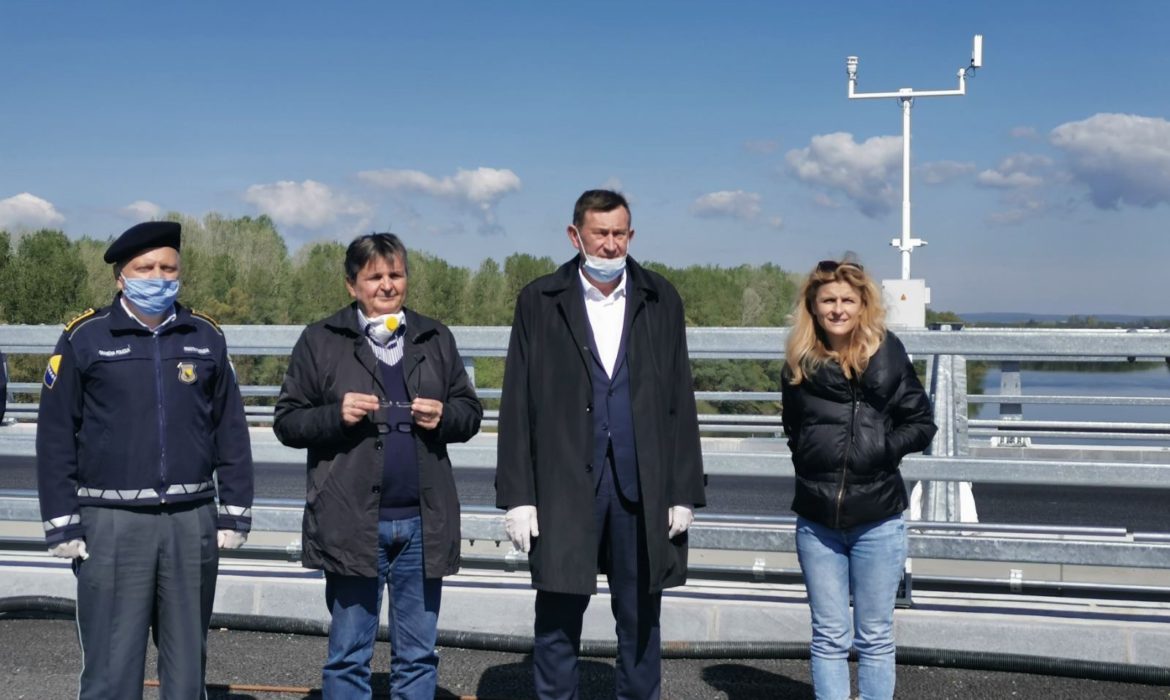 SARAJEVO, April 15 (FENA) – Minister of Communications and Transport of Bosnia and Herzegovina, Vojin Mitrović, visited today a construction site on the bridge over the Sava River near Svilaj and confirmed that the construction of the bridge is in its final phase, largely meeting the deadline set out in Annex 4 of the Basic Contract for April 14th.

However, due to the occurrence of the coronavirus pandemic, the part related to the trial of load and technical acceptance of the bridge was prolonged for mid-May, followed by obtaining the operating permit.

Also, it is planned that the FBiH Motorways will pave the 300 m section of the bridge to the border crossing next week, after which the Svilaj Bridge can be put into operation.

The Council of Ministers of Bosnia and Herzegovina has set a deadline of 300 days for completion of this modern transition.

The Ministry, in cooperation with the Border Police of Bosnia and Herzegovina and the Indirect Taxation Authority of BiH as well as the FBiH Motorways, will try to find a solution to temporarily put the Svilaj Bridge i.e. border crossing into operation for passenger traffic, thus avoiding additional costs, as the presence of the Border Police, Customs and the Indirect Taxation Authority is also necessary. If this is not possible, it will be necessary to ensure that the bridge is guarded until the border crossing point or terminal is constructed.

Joint construction of the bridge was realized on the basis of the Agreement between the Government of the Republic of Croatia and the Council of Ministers of Bosnia and Herzegovina on the construction of an interstate bridge over the Sava River near Svilaj and the connecting border sections of the motorway on Corridor Vc. Under the agreement, each state financed 50 percent of the contracted value of the works.

This is a major infrastructure project on Corridor Vc that will connect the highway from BiH and the Croatian side on the Sava River, and its value is EUR 23,359,528.19 without VAT. The European Union provided a grant of EUR 24.4 million as part of the 2015 Connectivity Agenda for the implementation of project on the Svilaj Bridge, the construction of a modern and efficient 10.7 km long border crossing between Svilaj and Odžak, for which Minister Mitrović thanked EU Ambassador to BiH Johann Sattler, the Ministry of Communications and Transport of Bosnia and Herzegovina announced.