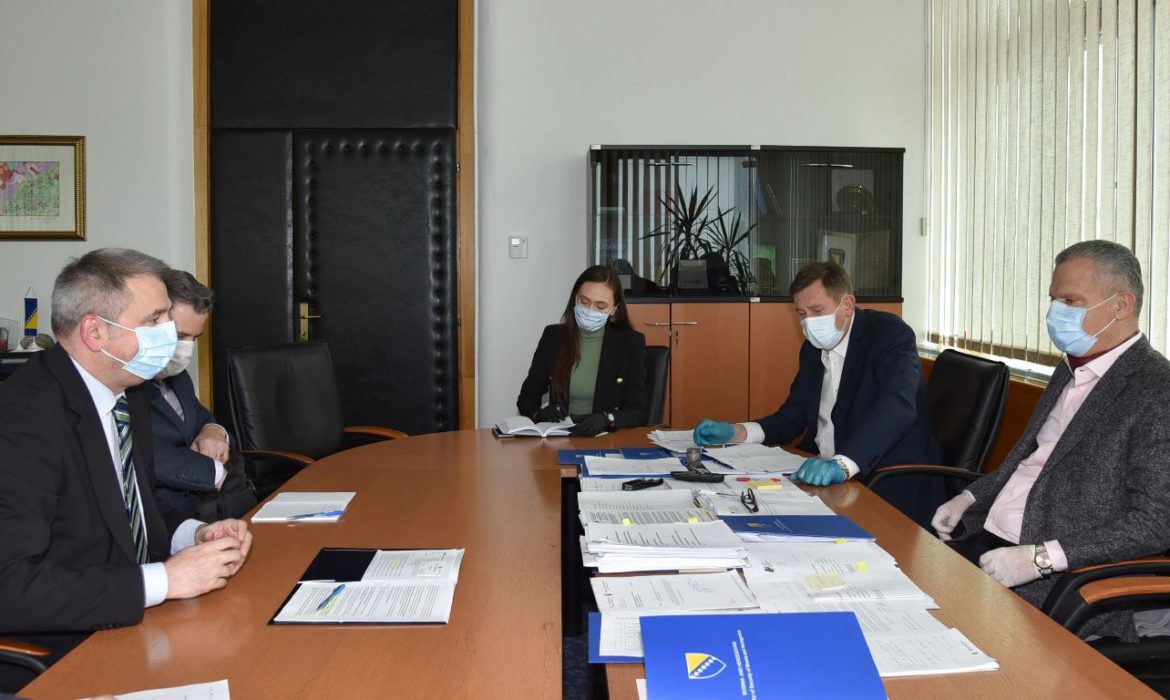 SARAJEVO, March 25 (FENA) – Minister of Communications and Transport of BiH Vojin Mitrović and Minister of Security of Bosnia and Herzegovina Fahrudin Radončić held a meeting today in Sarajevo with Croatian Ambassador to BiH Ivan Sabolić due to the need to reduce waiting at the borders of BiH and speed up the transport of trucks and goods.

They talked about faster movement of goods, as in recent days large crowds have been registered at border crossings that are open to international transport. The biggest problem are trucks in Gradiška waiting to enter Croatia and disrupting the lives of the local population, the BiH Ministry of Security stated.

The officials also agreed to organize meetings of operational teams of all competent services of BiH and Croatia at the border crossings of Šamac, Gradiška and Bijača, in order to agree on the mode of operation and speeding up of the passage of trucks and transport of goods.

Also, it was pointed out the need to direct trucks that go only to Croatia to other open border crossings, not just the three mentioned, in order not to create crowds at the crossings that are open for international transport.

It is expected that operational teams will be set up for each border crossing separately, consisting of representatives of border police, customs, phytosanitary and veterinary services from both countries.

On this occasion they discussed the so called EU’s green corridor for the transport of goods passing through our country as well as how BiH can participate as effectively as possible in this strategically important decision, it is said in a statement from the BiH Ministry of Security.