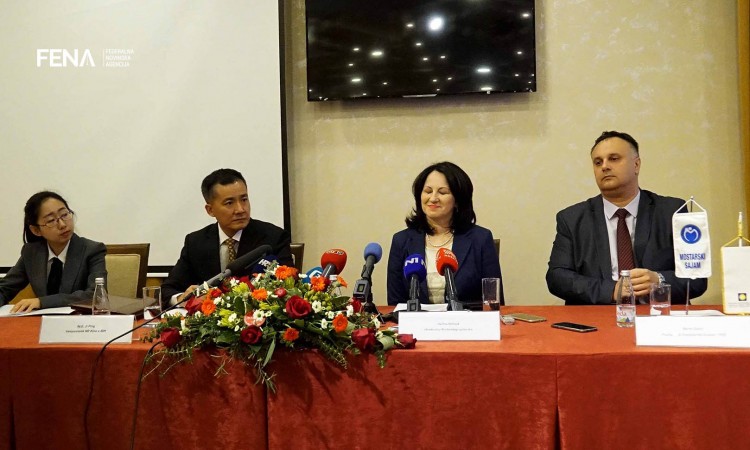 MOSTAR, March 26 (FENA) – Long-standing cooperation between the People’s Republic of China and the Mostar Trade Fair have resulted in the fact that China will be the partner country of the 22nd International Mostar Trade Fair 2019, which will be held from 9 to 13 April in the Herzegovina Free Economic Zone.

This year, hundreds of Chinese companies will present themselves in the exhibition space of two thousand square meters at the International Trade Fair in Mostar.

“We will host top managers whose companies operate all over the world and we in BiH have to be extremely proud that we have brought these economic giants to be our partners and to be able to present our economic potentials,” said Bošnjak at a press conference.

In addition to the People’s Republic of China, at this year’s fair, companies from some thirty countries will present their operations.

Organizers expect more than 50,000 visitors within five days of the event.

Ambassador of the People’s Republic of China to BiH, Ji Ping pointed out that the diplomatic and economic relations of Bosnia and Herzegovina and China have been steadily rising for the past 25 years and that ties between the two countries are becoming stronger every day.

“Following the seventh summit of China and the countries of Central and Eastern Europe in July 2018, guidelines from Sofia were adopted confirming that China will participate in the 22nd International Economic Fair as a partner country.

This is one of the important decisions taken by the Chinese government for the implementation of the Sofia guidelines and it is of great importance for the practical cooperation between China and the countries of Central and Eastern Europe within the 16 + 1 Initiative,” said Ambassador Ping.

In 2018, the value of trade between China and BiH increased by 38 percent compared to the year before, the Chinese ambassador said, adding that the participation of Chinese businesses at the 22nd International Trade Fair in Mostar will stimulate further growth in trade and the development of friendly relations between the two countries.