Home BiH Musa: We have a situation of accelerated virus transmission in FBiH

Musa: We have a situation of accelerated virus transmission in FBiH 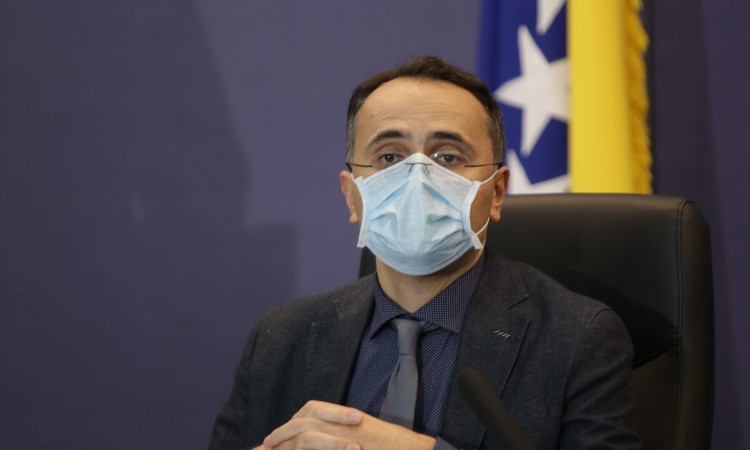 SARAJEVO, October 16 (FENA) – A member of the Crisis Staff of the FBiH Ministry of Health, Sanjin Musa said today that the Federation of Bosnia and Herzegovina records an increase in the number of people infected with coronavirus and accelerated transmission of the virus among the population in the FBiH.

As he emphasized, since the beginning of the pandemic in the Federation of BiH, 21,345 cases of infection have been recorded, 625 people have died as a result of the coronavirus infection, and 70 percent of deaths were people older than 65 years of age, and 25 percent of them were in the age group of 50 to 64.

Musa mentioned that at the level of the Federation of BIH, the seven-day incidence is increasing and amounts to 75 cases per 100,000 inhabitants, and the daily average is 236 cases.

“Since the beginning of September, we have been following the distribution more intensively when it comes to the age categories of patients, and the reason for that is the beginning of school yeas. In September, there was eight percent infected among children and young people under the age of 18, and in these two weeks in October, school children make up 10.2 percent of the total number of patients,” Musa added.

When it comes to the older age group, it generally remains at the level of 15 percent of patients being older than 65, but the infection is spread mostly among the working-age population, but because of that, it will begin to spread to other age groups.

“We entered the autumn period with an unfavorable and unstable epidemiological situation, and the change of season is something that is in our favor, as we have more people staying in indoor spaces,” says Musa.

Therefore, as Musa concluded, it is necessary to limit gatherings in closed spaces with poor ventilation where it is not possible to keep a distance.