National Day of the Kingdom of Saudi Arabia marked in Sarajevo 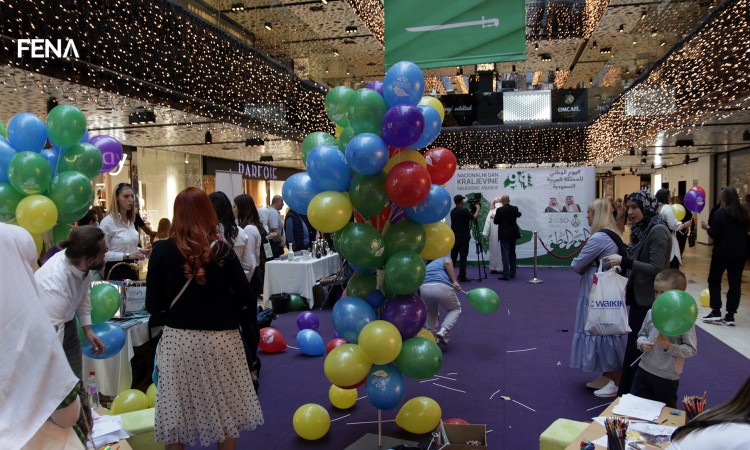 SARAJEVO, September 26 (FENA) – The King Fahd Cultural Center in Sarajevo organized socializing with the citizens of Bosnia and Herzegovina on the occasion of marking the National Day of the Kingdom of Saudi Arabia, i.e. the 91st anniversary of its founding.

As the director of the Center, Muhammad Al-Sheikh, told reporters, it was an expression of the wish that on the 91st birthday of Saudi Arabia, a successful and prosperous state, joy be shared with the citizens of Bosnia and Herzegovina.

During the gathering, a prize game was organized for children and the winners were given a mobile phone, tablet and laptop on the occasion of the beginning of the new school year.

The facility where the gathering was held, Sarajevo City Center, is one of, as he stated, a major Saudi investment in Bosnia and Herzegovina.

The King Fahd Cultural Center, the organizer of yesterday’s event in Sarajevo, represents the Kingdom of Saudi Arabia in Bosnia and Herzegovina. This center was established on September 15, 2000 with the mission of cultural connection of the two peoples and presentation of Saudi Arabia, its customs and heritage to the peoples of Bosnia and Herzegovina, providing useful knowledge and top services, and professional training of young people and their training.