Home BiH Nelson: It is possible to build a better future in Bosnia and Herzegovina

Nelson: It is possible to build a better future in Bosnia and Herzegovina 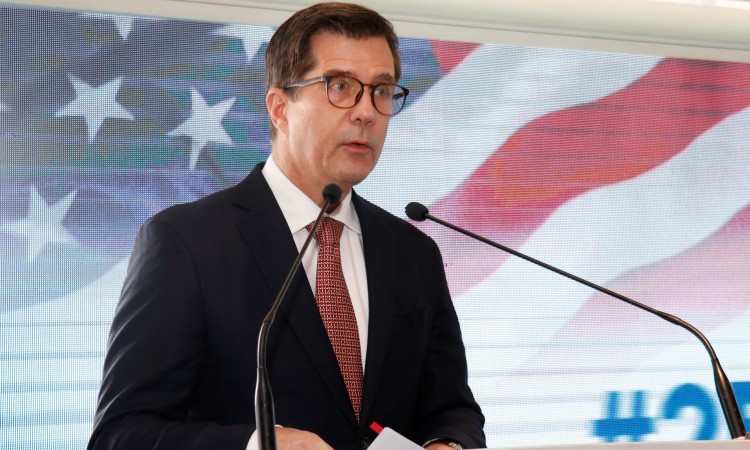 SARAJEVO, December 14 (FENA) – The US Agency for International Development (USAID) today marked the end of another successful campaign called “Heroes of Bosnia and Herzegovina”, focusing on the successes of BiH citizens, their engagement and achievements in various fields.

These are people who, through their actions and advocacy for true values in various fields, have contributed to positive changes in BiH society, and become an inspiration for BiH citizens, especially young people, to take the future into their own hands and fight for it without compromise.

The participants of the ceremony, which, among other things, marks the 25th anniversary of USAID’s partnership with Bosnia and Herzegovina, were greeted by the Ambassador of the United States of America to Bosnia and Herzegovina Eric Nelson, at the same time paying tribute to the people who have shown by personal example in local communities throughout BiH that change is possible and desirable.

“To mark 25 years of USAID’s activity and partnership with BiH in 2021, we decided to declare some of the deserving BiH citizens as heroes of BiH,” said Nelson, stating that recognizing, encouraging and strengthening positive changes in BiH is the best way to further strengthening that partnership.

He underlined, at the same time, that a better future can be built in Bosnia and Herzegovina.

“It is possible to build a better future in Bosnia and Herzegovina, and that is why I say that individuals who have been declared heroes of BiH are an inspiration to me and everyone else, young and old,” said Ambassador Nelson.

He added that a publication about 61 heroes of BiH will be printed and published this year, recalling the engagement of 12 mostly young people from BiH, who were recognized as part of the aforementioned USAID campaign.

Ines Kavalec, founder of the Service Center for Assistance to Families with Children with Disabilities, Sara Tuševljak, engaged in protecting the Kasindol River (East Sarajevo) from the construction of small hydropower plants, Suad Bešlić, entrepreneur and investor from the diaspora and Srdjan Puhalo, psychologist, analyst and blogger, and Senad Šantić, IT expert expressed the appreciation to the US Government, USAID and Ambassador Nelson personally.

They said that the USAID recognition will be an additional incentive for their further engagement and action oriented towards the valorization of lasting values and the achievement of common social goals.

The one-year campaign of the US Agency for International Development “Heroes of Bosnia and Herzegovina” highlights BiH citizens from all spheres of life who contributed to their local communities, and thus to their country.

The United States, primarily through USAID, has supported the post-war economic development and social progress of Bosnia and Herzegovina with two billion US dollars.