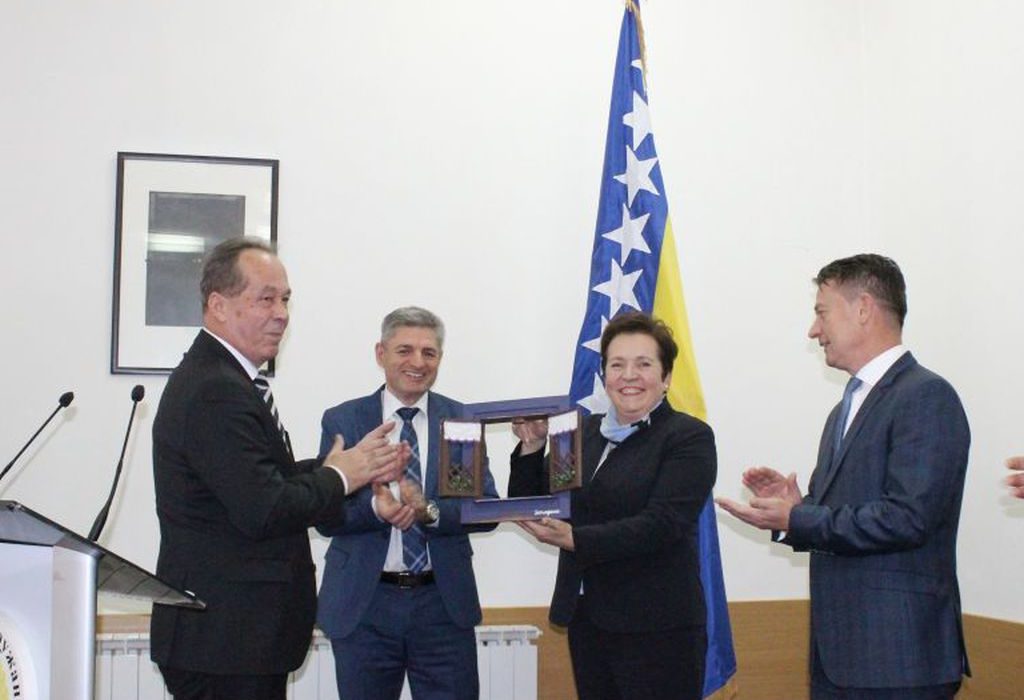 At the same time, the newly appointed Deputy Ministers of Defense of BiH – Mijo Krešić and Mirko Okolić, also took over the posts.

Defense Minister Sifet Podžić thanked the former Minister of Defense, Marina Pendeš, for the successful implementation of the statutory activities of the Ministry of Defense and the Mission of the Armed Forces of BiH during her term of office.

He emphasized that he has had excellent cooperation with Minister Pendeš, since the establishment of the BiH Armed Forces, and that its results are extremely important for the defense sector of BiH.

Former Minister Marina Pendeš thanked everyone for the fair cooperation that lasted almost 16 years and expressed her wishes to continue with success with the initiated projects, wishing to achieve even better results.

The ceremony, which was held at the BiH Armed Forces Halč in Sarajevo, was attended by top officials of the Ministry of Defense and the Armed Forces of BiH, and was preceded by a meeting of former Minister Marina Pendeš with representatives of the BiH military-diplomatic corps, stated the Public Relations Office of the Defense Ministry.