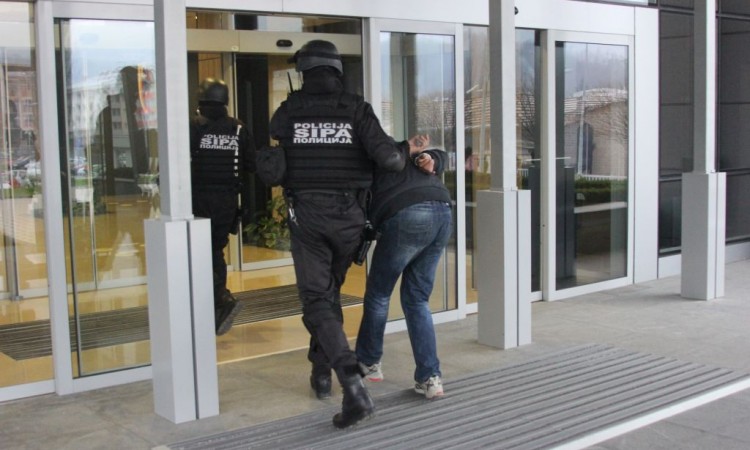 SARAJEVO, September 16 (FENA) – The BiH State Investigation and Protection Agency (SIPA) arrested nine men on Wednesday on suspicion of committing crimes against Bosniak civilians in the village of Novoseoci in the Sokolac municipality during the war in 1992.

The prosecution said that the case also includes another former Bosnian Serb Army soldier, who it identified by the initials K.N., who lives in Canada and whose extradition will be requested, and former Bosnian Serb Army general Radislav Krstić, who has already been convicted of other wartime crimes by the Hague Tribunal and is currently serving his sentence in Poland.

The suspects are accused of killing 44 Bosniak civilians from Novoseoci on September 22, 1992, and of persecuting the civilian population in the area.

“They are also accused of crimes against humanity, individual and command responsibility, as well as complicity, and participation in crime and incitement to crime,” the State Investigation and Protection Agency spokesman Luka Miladinović told BIRN.

The state prosecution said the men are “charged with participating in a joint criminal enterprise”.

“The crime was committed on September 21-22, 1992, when Bosnian Serb Army members conducted an attack on that village and separated men from women and children. The men were then transported by military trucks to a landfill at Ivan Polje, where they were brutally murdered with firearms and buried, while the women and children were expelled and transported to the Sarajevo area,” the prosecution said in a statement.

“Those who were killed persons included underage boys, as well as one woman who was killed during the attack on the village,” it added.

The prosecution said that the youngest victim was 14 years old and the eldest was 82.

“After the commission of the crime, the mosque in Novoseoci was mined and destroyed, while its remnants were transported to the landfill and dumped on the bodies of those who were killed,” stated the Prosecution.

Radislav Krstić was jailed by the Hague Tribunal for his involvement in the Srebrenica genocide in 1995, when he was the commander of the Bosnian Serb Army’s Drina Corps.

In 1992, he was the commander of the 2nd Romanija Motorised Brigade of the Bosnian Serb Army, stated the BiH Prosecutor’s Office.