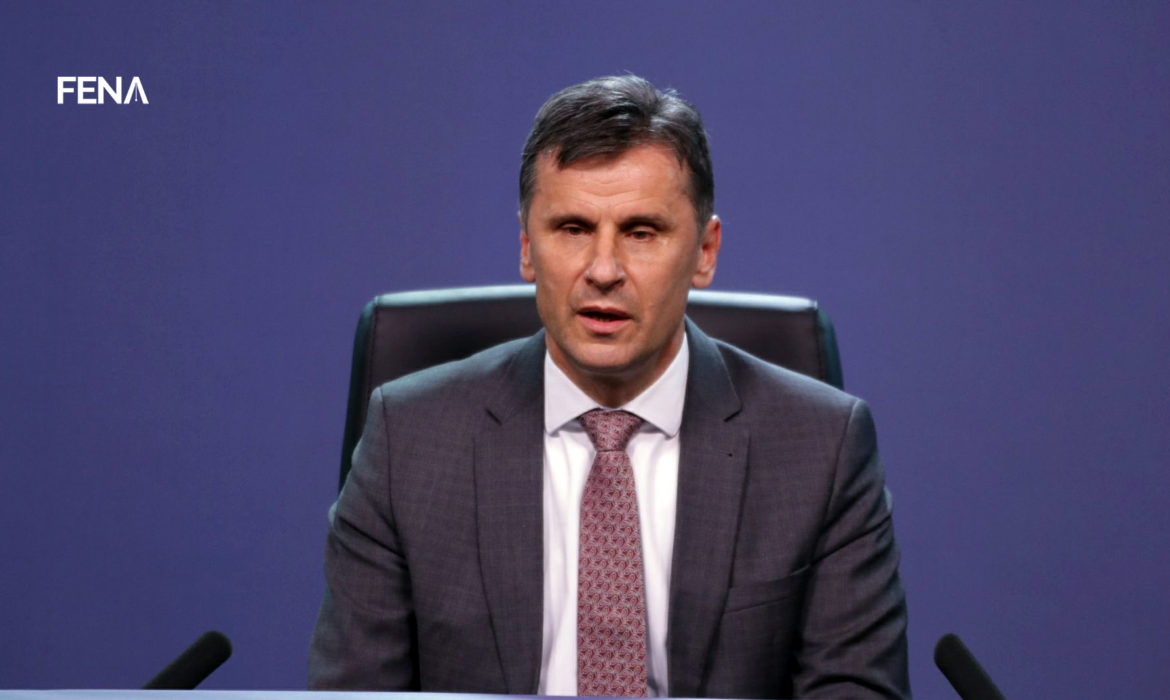 SARAJEVO, August 10 (FENA) – The Prime Minister of the Federation of BiH, Fadil Novalić, stated today in Sarajevo that all hospitals will open isolation wards and that the FBiH Government is taking over communication with the public regarding the dangers posed by the coronavirus.

After the meeting, which was attended by representatives of the cantons and the chairmen of both houses of the FBiH Parliament, as well as the leaders of the Crisis Staff of the FBiH Ministry of Health, as well as the FBiH police, inspection institutions, and civil protection administrations, Novalić added that it was agreed that measures to combat the spread of infection must be adopted in line with the epidemiological situation.

“This is a dangerous disease that affects the younger population as well. We had the opportunity to see this lately, and the problem is that the health system is at the limit of capacity,” said Novalić.

He stated that a single database on the epidemiological situation for the entire Federation will be established.

“In the first two and a half months of the fight against the coronavirus, we adopted measures that reduced the number of infected persons to 87, but the economy ‘froze’ and we could no longer allow such a situation to continue,” Novalić emphasized.