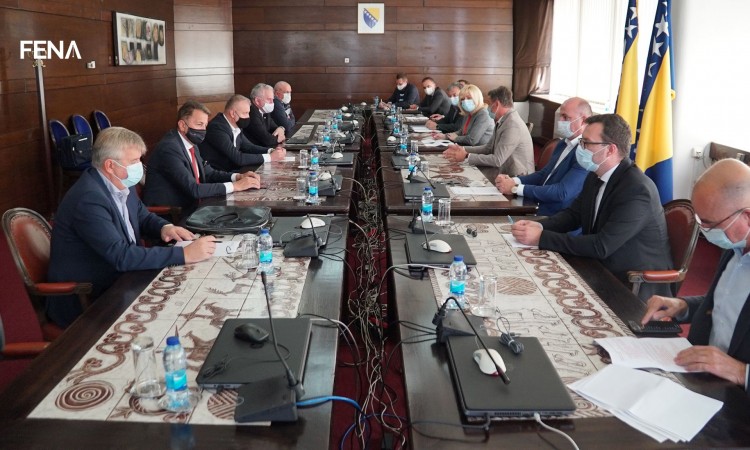 SARAJEVO, October 5 (FENA) – Prime Minister of the Federation of BiH, Fadil Novalić, stated today that the FBiH Government will adopt a decree in the next few days, which will be the second step in the fight against the economic consequences of the pandemic.

After a meeting with representatives of the FBiH Employers Association, Novalić said that 40 percent of the funds from the decree would be earmarked for workers and the remaining 60 percent for business expenses.

Novalić explained that this assistance is intended for four sectors of the economy: tourism, agriculture, exports and transport, and for the health sector.

“The measures that we will incorporate into the FBiH budget for 2021 will not provide assistance for workers, but only for business costs, i.e. operating subsidies,” Novalić pointed out.

He added that the “Corona Law” had previously contributed to a partial improvement in the employment situation, as about 27.000 workers had been laid off by May 5, and that it had halted GDP decline.

Safudin Čengić, a member of the Board of Directors of the FBiH Employers Association and director of Centrotrans Eurolines, stated that this decision of the Government is very important for all business entities that had the biggest drop in income, and which envisages assistance of 100 million KM.

Director of the Europa Group company, Rasim Bajrović, emphasized that this assistance will help hoteliers to keep workers and preserve the liquidity that has been called into question.