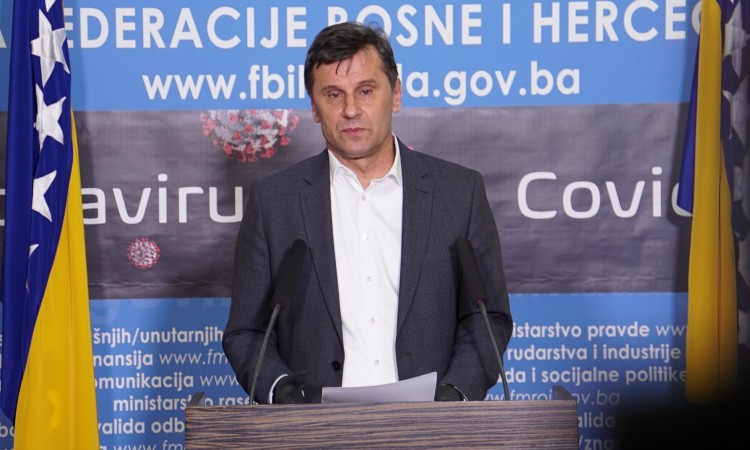 SARAJEVO, March 26 (FENA) – The Federation of BiH Prime Minister Fadil Novalić said today’s press conference that the reshuffling of the FBH Civil Protection Service Crisis Staff was not a political move but a technical one in order to make the crisis staff more efficient.

He added that representatives of important institutions for the fight against coronavirus pandemic that have not been part of the crisis staff have joined now and that the FBiH Deputy Prime Minister, Director of the Civil Protection Service and Director of the Red Cross remain members of the staff.

Novalić stressed that the measures taken by the Federation of BiH to fight the spread of coronavirus were praised by the representatives of the World Health Organization, and asked citizens to continue to adhere to them.

He stressed that the rent amount for premises owned by the FBiH in March has been reduced by 50 percent, and if the crisis persists it could be completely abolished and he called on cantons and municipalities to do the same.

Novalić stressed that the Government is intensively working on economic models and is in contact with all social partners, but that there will be no ban on the dismissal of workers because this is impossible in the free market economy.

“All who lose their jobs will be cared for and will receive income. As of yesterday, 3,543 workers have been laid off in March, but we expect there will be more and we have provided the means to manage the situation,” said Novalić.

“We have quite enough commodity reserves, and shopping malls also have goods in stock for a very long time,” said the FBiH PM Novalić in his address to the media.