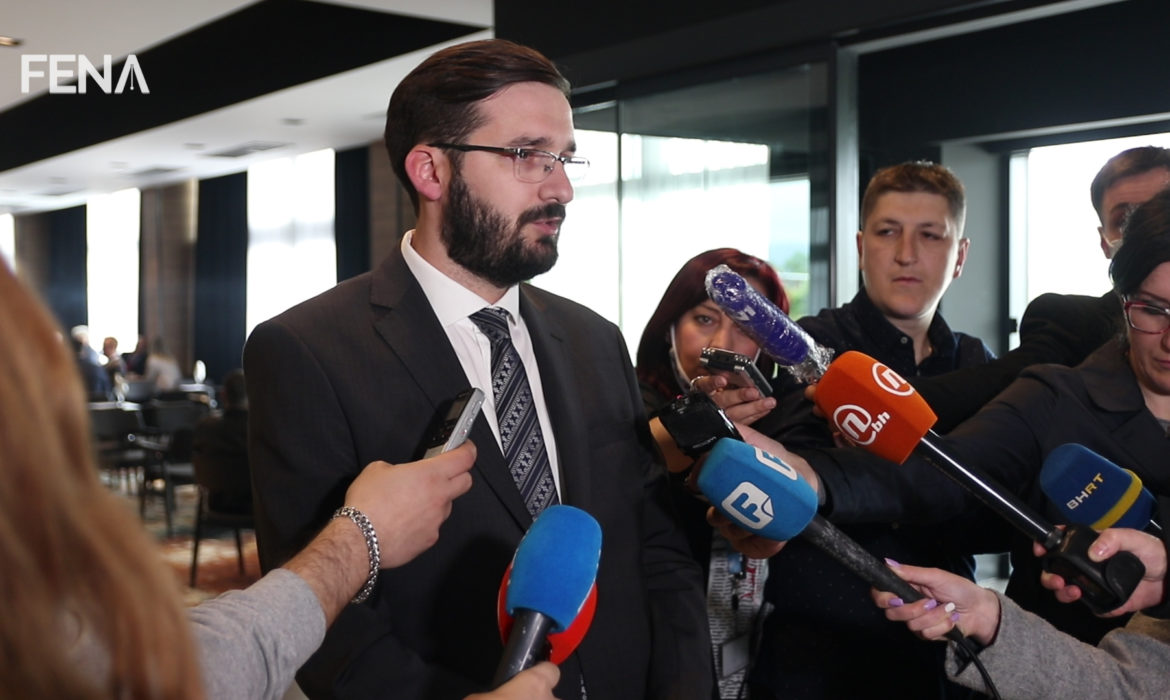 SARAJEVO, June 1 (FENA) – An MP in the House of Representatives of the Federation BiH Parliament Ivan Boban (SDP BiH) said that the Social Democratic Party of BiH has signed an initiative, i.e., a proposal of the opposition parties for the vote of no confidence to the FBiH Government.

He added that the SDP BiH has launched an initiative regarding the appointment of a new FBiH Government and that the new government would be formed by the same political parties.

“I see no reason for the election winners not to appoint new persons in the government and relieve us of the agony,” said Boban during the break of the extraordinary session of the House of Representatives of the Parliament of the Federation of BiH, whose agenda includes information on the activities of the FBiH Government during the coronavirus pandemic.

According to him, one of the main topics of today’s debate will be the measures imposed by the Court of BiH, which prevent Prime Minister Fadil Novalić from communicating with his closest associates.

“We had information that there would be disagreements in the government and that there would be dominance of one group over the others. Prime Minister Novalić will have problems communicating with his closest associates. Also, there is an option to transfer his powers to one of the two deputy prime ministers,” Boban added.